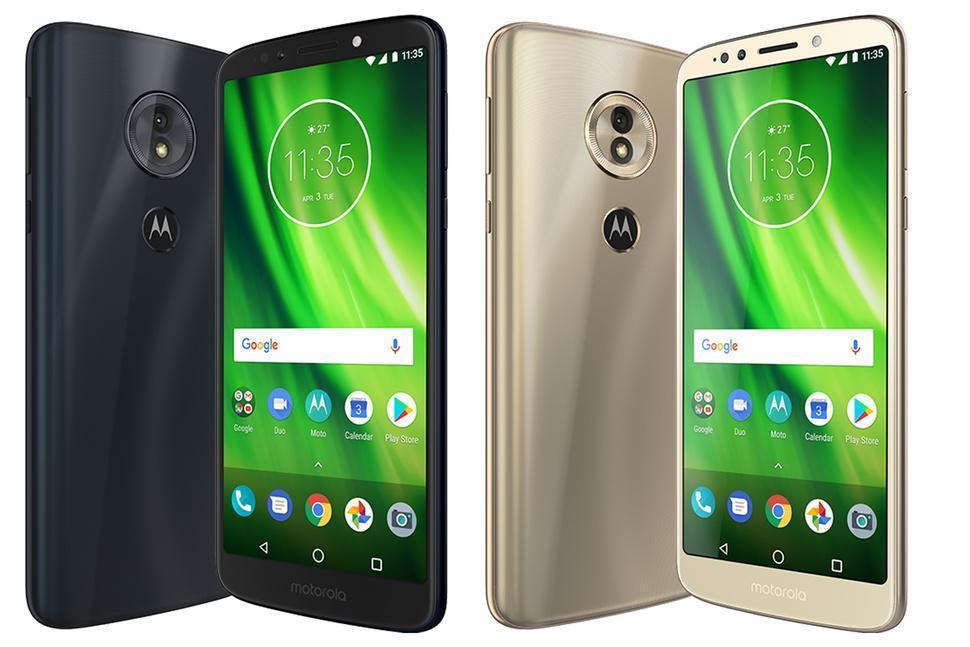 The saga of Moto G6 series to get android Pie 9 update was started with the start of 2019. Motorola’s Moto G6 Plus started to receive the Android 9 Pie update with the year’s start. The company claimed that more of their G6 series devices would receive the update soon Later in April, The company released the stable Android Pie update for all the unlocked users. Followed up for all the US Carrier based handsets, around May. Motorola completed the rollout of Pie for all the unlocked users by the end of May. It seems like the pain was only for the Sprint Moto G6 Play users. Even before all this, in Mid February, the company first started rolling out the update to Moto G6 Play users in Europe.

Finally, Moto G6 Play sprint users are now receiving the stable Android Pie 9 update. If you’re hoping for the latest security patch with the update then let me tell you, the company has revealed that the update will bring June 2019 Android security patch. The rollout is currently staged so it may take a little while to arrive at each and every user. Users will receive the update via OTA (Over The Air), means users will get a notification of system update availability. You can also go to System Updates section in phone settings to check if the update is available to download and install or not. 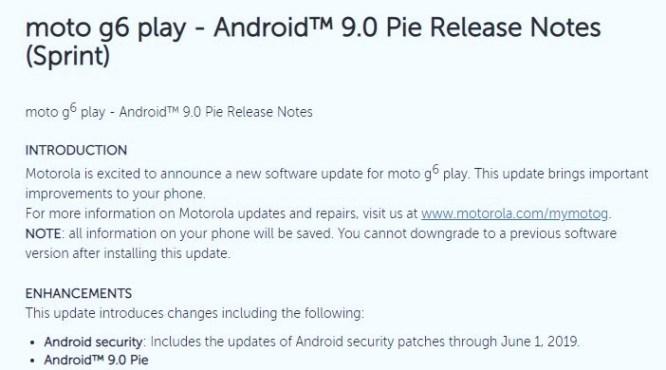 Moto G6 Play is one of the few budget smartphone available in the United States. The phone rocks a 5.7 inch HD+ IPS LCD display with 282 PPI density. It also has an 18:9 ratio display and is protected with Corning Gorilla Glass (unspecified version). The phone is powered with Qualcomm Snapdragon 427 (in the USA) and 430 (globally) coupled with 2/3 GB RAM. It comes with both 16/32 GB storage options and supports Micro SD card expansion. The G6 Play packs a whopping 4000 mAh battery and features a single 13 MP camera at the back and 5 MP selfie camera. The device packs Android 8 Oreo out of the box. If you have already received the update, let us know the experience.