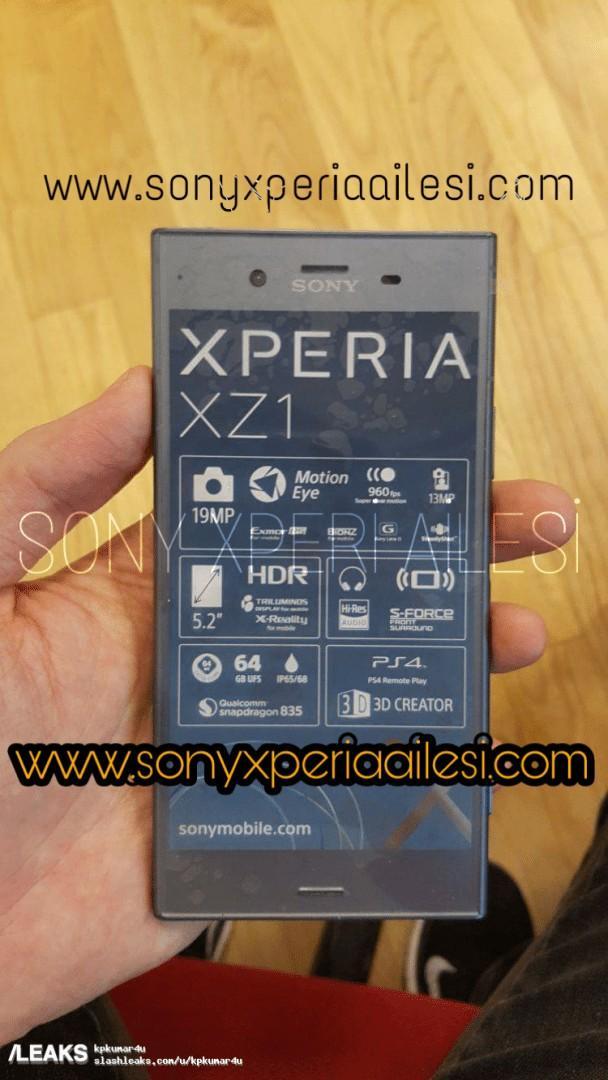 Sony’s 2017 launch event for their new line-up of Xperia phones is on the horizon, so it’s about time, the new leaks show up, and luckily we have them right here. The earlier renders and of the back panel; of the Xperia gets confirmed with these new live photos of the Xperia XZ1.

As per these images the design language of the Xperia line-up remains the same but now looks primitive against its rivals. Huge bezels dominate the front of the phone, and within those bezels, there is a beautiful and compact 5.2-inch LCD which also supports HDR., While  Sony calls it the Triluminous display based on its X-reality engine.

Moreover, in the specs department, we have the SoC that’s used by all the major Flagships this year and doesn’t need any introduction. It’s the Snapdragon 835 chip with 4 GB of RAM. For storage, we have a fast UFS 64GB native storage with room for expansion via sd-card. In addition to that, there’s dual-front speakers and Hi-fi audio support in here known as S-force front surround.

Furthermore, on the rear camera front, there’s a 19 mega pixel Motion eye camera. With the same 960 fps video support seen earlier. And a 13 mega pixel front camera takes care of your selfies. On the rear near the camera, we have a long elongated horizontal bar. That houses a flash, some unknown sensor and NFC. And on the side there’s a power key which also acts as a finger print reader; in some countries, there will be variants without the fingerprint reader on the side.

The phone will be unveiled at Sony’s August 31st big event just a day before the official start of IFA 2017. We would also be seeing the compact version of the XZ1 as well.