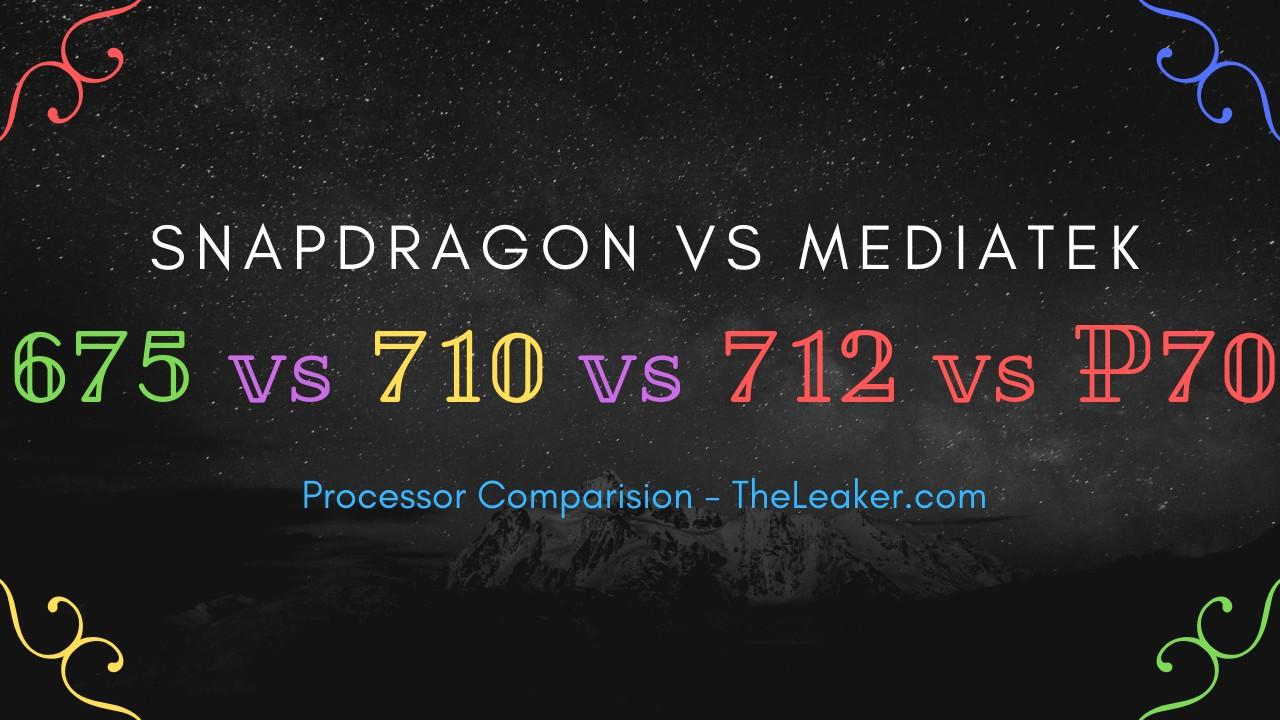 Qualcomm, a leading chipset manufacturer, has been in the industry since years, the company manufactures chipsets for smartphones, wearables, TV and much more. The company has several series for its chipsets such as 8xx series for the flagships such as the Snapdragon 855 (Recently announced by the company), The 7xx series for its premium midrange, the 6xx series for the midrange and the 4xx series for the budget phones. The company has constantly been working and improving its performance as soon as possible. Whereas MediaTek a competitor for Qualcomm has also started to manufacture some good chips as seen on Realme devices. Qualcomm had recently launched the Snapdragon 675, Snapdragon 710 and the 712, whereas MediaTek had recently launched the Helio P70, So today let’s find out which is better, the 675 as on the Redmi Note 7 Pro, the 710 as on the Nokia 8.1 or 712,  which is expected to come with the Realme 3 Pro or the Helio P70 on the Realme 3.

All the latest Qualcomm Snapdragon processors come with a dedicated Neural AI Engine which is meant to boost AI Capabilities and Performance, where the Helio P70 Lags a bit. Qualcomm has constantly been working on the AI Engine, and it claims that it is 20-40% better than the previous chipsets which don’t have a  dedicated AI Engine such as the Snapdragon 636. Here all the three Snapdragon 675, 710 and the 710 take the lead when it comes to camera performance and rendering, All the phones support single camera setup up to 32MP while the Snapdragon processors support 20+20MP Dual Camera setup whereas the P70 Supports 20+12MP Camera’s. All the chipsets support 4K UHD recording which is nice As seen in our tests on the Realme 3, Redmi Note 6 Pro and the Oppo R17 Pro, The Redmi Note 6 Pro takes the lead in rendering videos after which the Oppo R17 completes and at last comes the Realme 3.