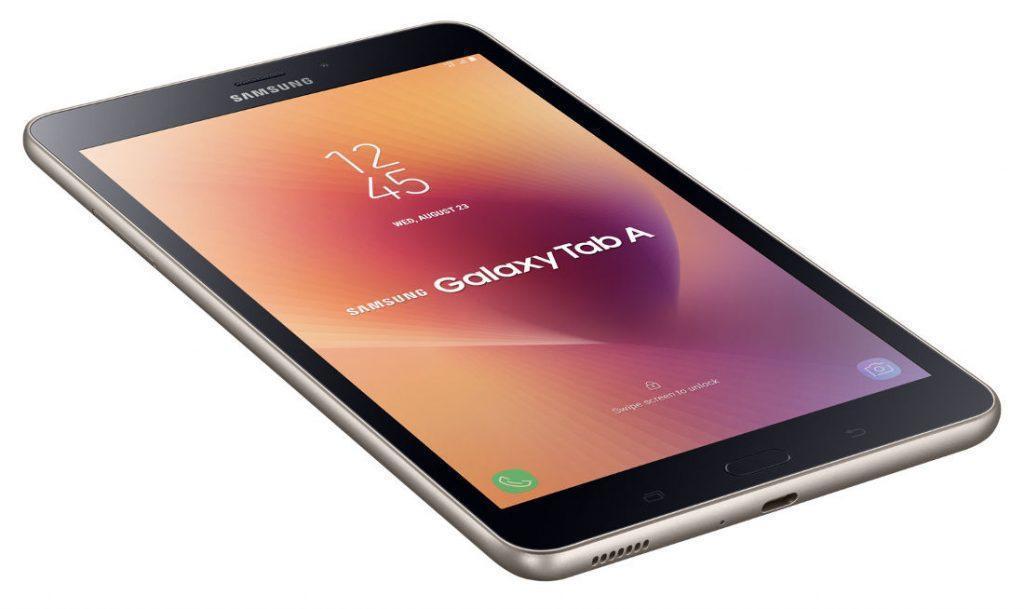 Samsung has recently unveiled its all-new installment in the Tab category, last year they have launched their Galaxy Tab A and now they have introduced the successor to the old Tab A I-e the Galaxy Tab A 2017. As a budget oriented device it packs good hardware and software combination which for a general user is more than enough, let’s check out its specifications, availability and pricing details.

As we have mentioned above, it is a budget category device so don’t expect it to perform like flagship devices. Powering it is a Qualcomm Snapdragon 425(64 bit) Quad-Core processor clocked at 1.4Ghz with 2GB of RAM and an Adreno 308 GPU for Gaming. Earlier we have seen these similar specs on the Xiaomi Redmi 4A device, so its performance is somewhere similar to that of the new Tab A 2017. The Tab offers 32GB of internal storage expandable up to 256GB’s via micro-SD card.

In the front, there is an 8.0(inch) TFT Display with a resolution of 1280 x 800 pixels and a peak brightness of 480 nits. In the Camera department, it sports a 8MP AF shooter in the rear with a LED Flash,  on the front, a 5MP snapper is present for selfies.

It has a design partially constructed of Metal and Plastic which looks acceptable. It houses a massive 5000mAh battery with a USB Type-C port for charging. It runs on Samsung’s TouchWiz UI based on Android 7.1.1 Nougat and will probably get the Samsung Android Oreo update as well. It will go on sale in U.S market from November 1st for a price of 299$(around 19,400 INR). Samsung might bring it to the Indian market as well, but officially there is no information yet.

It will be available in Black, Gold and Silver colors. For further Tech information stay tuned to us.