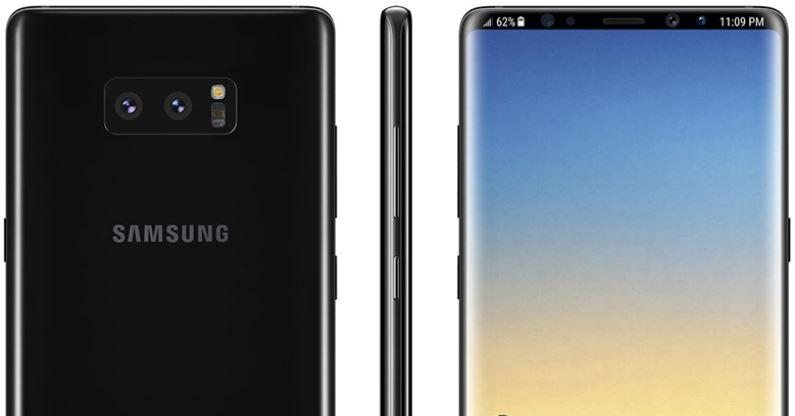 As the days are passing the launch of the Samsung Galaxy Note 8 is coming closer, a lot of buzzes is going on the internet about the device, hundreds of websites have published leaks about the phone, but today we are having some confirmed information about the smartphone. Recently the phone whose model no. is Samsung SM-N950F is spotted on the GeekBench, and the date is also showing 11th of August. Though the leaks have already revealed 90% of specs, still we are waiting for the official announcement. 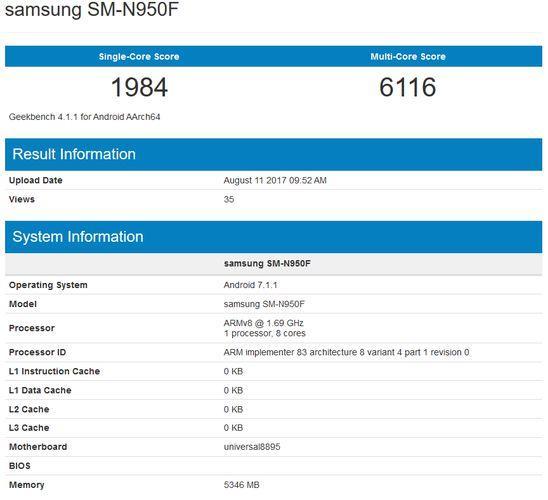 Earlier we have published a detailed post regarding the rumored and leaked specs of the phone if you want detailed info than you can check it. On the GeekBench it shows that the device will come with a processor whose clocking is 1.60Ghz which means that phone will come powered by the Samsung’s homegrown Exynos 8895 chipset found in the Galaxy S8 series as well. The phone is running the latest version of TouchWiz UI based on Android 7.1.1 Nougat.

It shows that the phone is having 6GB’s of RAM which is expected from a flagship like Note 8. The Galaxy Note 8 has scored 1984 regarding Single Core performance and 6116 regarding Multi Core performance which is great, but the performance of the device can’t be judged by observing its specs on paper. The phone will be made available in both Dual and Single SIM options, for more information we have to wait for the further leaks or the official announcements.