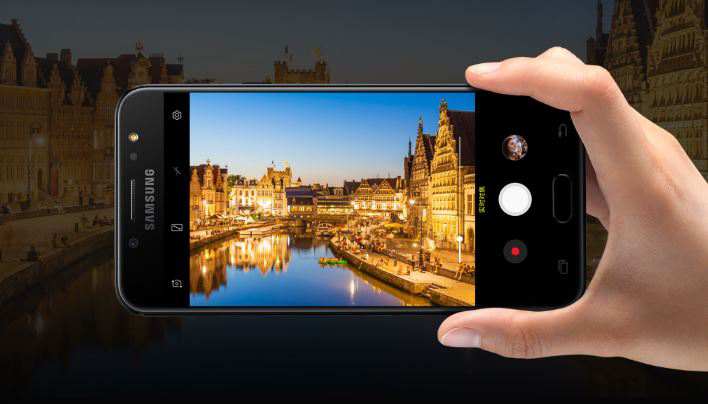 Samsung Galaxy C8 is a Dual-SIM smartphone and have a Metallic design which looks as premium as one on the flagship devices. It comes powered by an Octa-Core processor clocked at 2.39Ghz coupled with optional 3GB/4GB of RAM. Even the Chipset manufacturer is not revealed by Samsung, but we are expecting an Exynos 7870 Chip in this. This device looks similar to that of the earlier launched Samsung Galaxy J7+. The phone is available in 32GB and 64GB ROM variants which will offer expandable storage up to 256GB’s via micro-SD card.

In the front, it has a 5.5(inch) Full HD Super AMOLED Display with a resolution of 1920 x 1080 pixels. In the Camera section, it sports a Dual 13MP+5MP Camera with the Aperture of F/1.7, LED Flash and in the front, it has a 16MP snapper for selfies with Aperture F/1.9, LED Flash. The phone runs on TouchWiz UI based on Android 7.1.1 Nougat. It runs on a 3000mAh battery which will be ample for it as AMOLED screen is there. It will be made available in Black, Pink and Gold colors and no further information about the price is revealed.