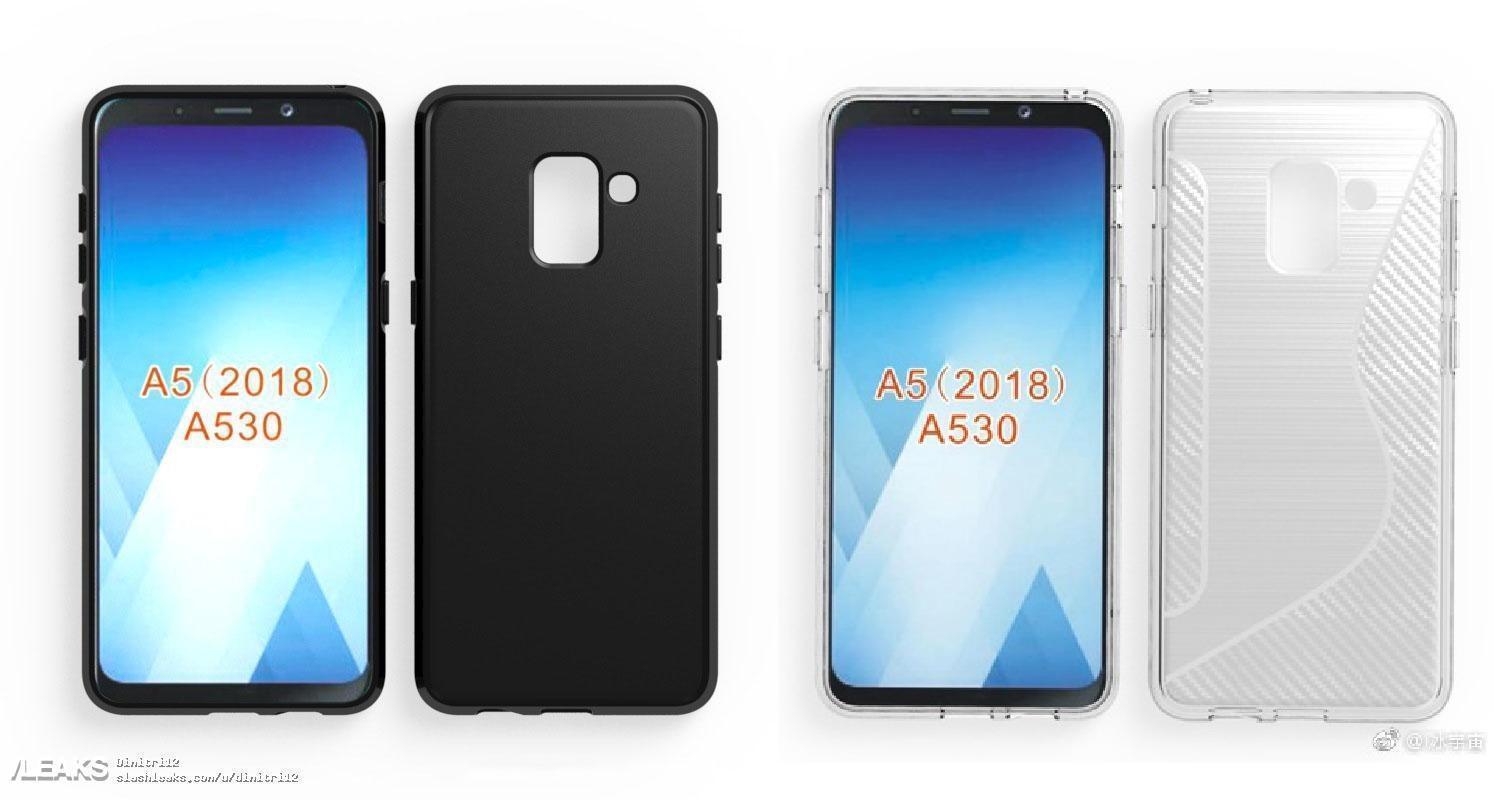 Samsung’s Galaxy A line has been a balance between affordable prices and good build quality as Samsung didn’t sacrifice much here except on raw processing power. But still, this year’s Galaxy A series had typical Samsung designs as we have seen in the past, however, next year that’s going to be changed. New leaks show the Galaxy A5 2018 to feature Samsung’s signature Infinity Display, which is very minimal bezels on both sides with subtle curved edges, just like its Flagship Galaxy S8/S8+.

These renders found from two different places, and two different cases confirm that the A5 (with model number A530) will surely have the new 18:9 aspect ratio, for its 2018 sequel. So, because now the display dominates the entire front end, there’s no place remaining to place the fingerprint scanner. And yes you guessed it right, it’ll be mounted on the rear of the Galaxy A5 2018.

Moreover, if you’re wondering what’s that huge cut-out might be for dual-cameras? Then unfortunately nope, its probably for the fingerprint scanner as I said earlier. Apart from that, in this device; we can also see one more thing here for the future galaxy flagships, and that is the 2018 Galaxy devices which will come blessed with Samsung’s Infinity Display; will have a rear mounted scanner and it’s now positioned under the camera and not adjacent to it. Which was terrible placement and difficult to reach, right? We hope, this also applies to the Next Galaxy S9 as well as the Note 9. And images of this 2018 A5 just hinted us about the same.

Which was terrible placement and difficult to reach, right? We hope, this also applies to the next Galaxy S9 as well as the Note 9. And images of this Galaxy A5 2018 just hinted us about the same. Perhaps, more Samsung’s mid-range devices might end-up getting its Infinity display; however, it might drop some appeal for Samsung’s bests and mighty devices.

Let’s see how this ends-up, if this is going to be the A5 2018, then, other OEMs will feel the heat and will also flood the market with such great bezel-less designs, which consumers deserve on the mid-range devices as well.