Android’s Google assistant have few ways to trigger it with buttons and the usual one that’s with voice. But how you do it when you have wireless earbuds on, and not many can do it and are as reliable as Apple’s air pods. However, now there’s an app that makes triggering the Google assistant on your Android phone in a breeze with Apple air pods with this amazing app, which also blends the whole google’s voice assistant functionality to a larger scale than others.

The application is called AirpodsForGA and its triggers the google’s voice assistant the same way you activate Apple’s Siri that’s by double tapping on one of your Air pods. Yes, you can also do the activation with your voice, but it sometimes won’t work in a crowded place where there’s a lot of white noise. 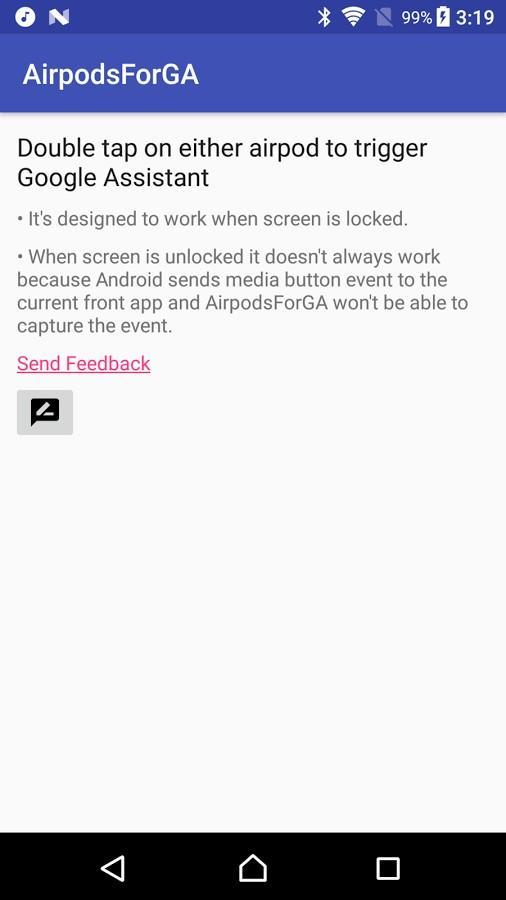 So, it’s still a handy way, to get some quick answers from the voice assistant without repeating your hot keyword again and again and feeling embarrassed and its a truly faster method.

Moreover, the app is reported to function well when it’s locked and its performance might be a little finicky when your android phone is unlocked. Rest, of its functions, are not yet known thus you can quickly download and discover it yourself on the go.

Download the AirpodsForGA app if you happen to sport Apple’s air pods and use Google’s voice assistant daily. So, it is worth giving it a shot and it will prevent you from yelling at your keyword and will always work in all situations.