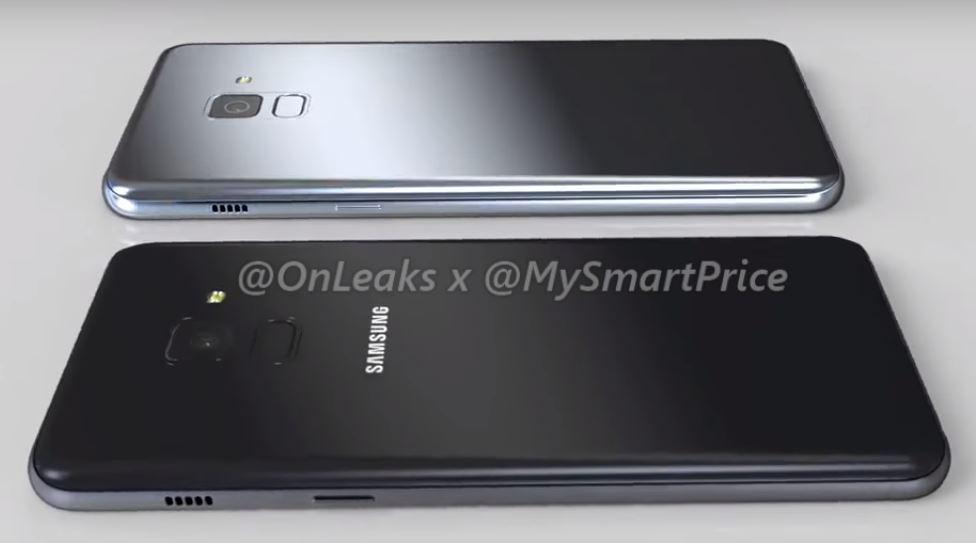 Recently we have presented an article about the leaked renders of the upcoming Samsung Galaxy A5(2018) and the A7(2018), basic information about the devices are already there in the form of rumors and leaks. Today we have some valuable information regarding the 2018 A-Series devices, as the design of the two smartphones appears in a video, and it seems to be great. Let’s take a look at the renders of the devices.

It has been already confirmed that the new Samsung Galaxy A5(2018) and Galaxy A7(2018) will be more expensive than ever. We have already covered some leaks in which it was rumored that the two devices would come with an Infinity Display. Now as per the renders of the devices, both devices will have a body made of Metal and Glass. We will not see rear Dual-Camera on either of the two handsets. Fingerprint Scanner is present in the rear which shows how hard Samsung’s designers are working as earlier people have complained about the Fingerprint Scanner location of the Galaxy S8 and the Note 8.

In the renders, a Dual-Camera can be seen in the front of the device which indicates that this device may feature a selfie-focused camera. The device will have small bezels on top and bottom part. As per the rumors, the two devices will come powered by a Qualcomm Snapdragon 660 and 630 processors. This time the devices will have a premium design and the design appearing in the video looks like that of a super expensive phone. For further information stay tuned to us.