Today we are going to guide you, How to root Moto G4 (4th Generation) models. In this handbook, you will learn about rooting almost all Moto G4 models (G4 Play, G4, G4 Plus).

Motorola is here with two new family members, Moto G4 and Moto G4 Plus. Both sports a full-HD 5.5 inch LCD panel with 401ppi protected by corning gorilla glass 3. Both runs on the latest Android 6.0.1 Marshmallow (Upgradable to Android 7.1 Nougat) powered by Qualcomm Snapdragon 617 octa-core processor clocked at 1.5GHz coupled with 2GB ram for 16GB variant and 3GB ram for the 32GB variant.

Internal memory is expandable up to 128GB and power it up,. We have a 3000mAh battery underneath with a turbocharging feature. There’s a 13mp autofocus camera on Moto G4 and a 16mp laser-assisted autofocus camera on G4 plus, and both have a 5mp on the front. G4 Plus also sports a fingerprint sensor on the bottom front, unlike Moto G4 and Moto G4 Play.

Moto G4 Play edition has a 5 inch 720p HD screen and a 2800mAh Li-Pol battery. It has a Snapdragon 410 CPU and 2GB of RAM to give you the best in class power-performance ratio.

However, rooting can always enhance the capabilities of a device So to root Moto G4, Moto G4 Play, and Moto G4 Plus we need few things listed here:-
1) A Laptop/PC, a working internet connection, and a USB cable.
2) Moto G4 and Moto G4 Plus USB driver, Minimal ADB, and Fastboot tool driver.

This rooting guide will work for these models. However, some models will need a separate TWRP image.

How to Unlock Bootloader on Moto G4, Moto G4 Play, and Moto G4 Plus

Note- Before proceeding to root your Moto G 4, please make sure to backup all your important data such as contacts, photos and anything important to you in your computer or on the cloud.

Now let’s start with the Steps. 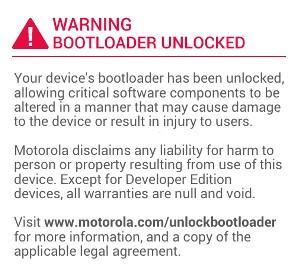 How to install TWRP recovery on your Moto G4, Moto G4, and Moto G4 Plus

That’s it you have successfully installed TWRP recovery on your Moto G4 Play or Moto G4 Plus.

Note – 1. You need to turn on the USB Debugging from the Developer settings and also turn on the Enable OEM unlock.

2. If you don’t see Developer settings in your device’s settings menu, you need to tap on the build number for 7-8 times.

3. To go to the recovery mode, you need to power off your device and then hold the volume up and power button simultaneously to boot into recovery mode.

45 thoughts on “How to unlock bootloader and root Moto G4, G4 Play and Moto G4 Plus”