We know Moto has come up with three smartphones this season, namely Moto G4 and Moto G4 Plus and Moto G4 play, But choosing the right one is a hard task. Moto G4 is the successor of Moto G3 and Moto G 4 + has a few extra features and different features than Moto G4. While the G4 play is a compact phone for mid-Users. In case you are confused between these three phones like, which one to buy,  then This article is going to help you.

Also, Read – Moto Z, Moto Z force All you need to know about them.

The Moto G4 and G4 play are for every Medium user, while the G4 is fitting to  So called high-end Phones. Obviously, there is a noticeable price gap but the gap is not too much.  Well, there are many common features in between G4 and G4 Play but the Moto G4 plus has got a fine class feature like Fingerprint sensors, Laser autofocus Camera and all. But Connectivity, phone, earphone designs, and others features are comparable same.

Moto G4 Plus is gonna fit if you are a heavy user. Here in the down, the detail comparisons are given, which will make you confusion a little less about which phone you should buy. As of here, we will not boast any particular model because they all have the different price. This article is all about the specifications all the Moto G devices released collectively.

Ok, let’s just starts with the most prepay phone, Display. Moto G4 sports a 5.5 Inch Full HD display with 401 PPI which stands a resolution of 1080×1920. It also goes for Moto G4 plus, While the Moto G4 Play is just as Moto G3 , 5 inches at 294 PPI , an HD screen with 720p resolution.  Both the sizes fit the phones perfectly according to their specs and prices. There is nothing to worry much about the display.

Moto G4 carries a 13MP back shooter. And the front camera is of 5 MP. Now talking about the Moto G4 plus , It has a 16 MP back camera while the front is same as G4 , 5 MP. Not to forget , it comes with dual LED flashlight. G4+ has a great camera. It has Geo-tagging, touch focus, face detection, panorama, auto-HDR. Both the phones can capture video upto 1080p at 30fps. Now the turning point is , the G4+ is laser shooter. Just for knowledge, the laser focus camera can focus on objects better within some microseconds.

Now talking about the Moto G4 Play’s camera ; the back camera is an 8MP while the front is 5 MP . For the records , this time, moto has done a good work on cameras. Motorola also said that they have developed a High-class camera software for Moto G4 series smartphones. So we hope that Moto G4 play’s camera won’t disappoint in spite of being a 8 MP shooter.

All the three phones Moto G4 , Moto G4+ and Moto G4 play has 16 GB versions of their own. Out of which 12.54 GB are usable.  However, the memory can be expanded upto 128 GB via external MicroSD Card. The Moto G4 is also available with 32 GB internal memory. likewise, the Moto G4 Plus also have 32 GB internal and 64 GB internal variant. However, the 64 GB variant is not available yet.

Talking about the RAMs, Moto G4 contains 2GB of DDR3 RAM while the G4 plus has a 3 GB of RAM variant and 2 GB Ram variant. Now coming to Moto G4 play, The Moto G4 Play has two variants. One with 1GB RAM and other with 2GB RAM . Beware while going for this series, there are many variants available with respect to RAM and Internal storage.

As we know , Moto devices have the most Untouched versions of Pure android after Nexus devices so all the three devices landed with Android 6.0 Marshmallow and Will be also upgradable to Android 7 or Android N , when it gets released.

Well, all  the three devices have got the CPUs good according to themselves. At the end of the day, all matter is performance. Performance according to price Range. The more you pay , the more you get. However, Moto G4 and Moto G4 Plus has got the same Qualcomm Snapdragon 617 Chipset, But the G4 play stands behind in chipset race.  Here are the details of the chipset of all three phones.

Whatever the features may be, if the battery doesn’t last long, the phone makes no sense. So at the end of the day battery does matter a lot. Here in these Moto Phones battery is not a problem. Because The Moto G4 and Moto G4+ has got a 3000 mAh battery. Which is not-so-good but enough to run you phone for a whole day. The moto G4 plus carries a turbocharging support and you get  fast charging charger in the box unlike Asus phones, you don’t need to buy a separate charger for fast charging. While the Moto G4 play sports a 2800 mAh battery which is comparatively excellent for a 720p 5 Inch display. All three phones can last upto night with normal usage. Maybe the G4 play can last a longer than other two devices cause it has a 720p 5 inches screen which needs less power. I don’t know what you people think about non-removal batteries but that works fine with me because it protects the battery in many ways . But if phones hang and sticks at a place , Non-removal battery doesn’t go well . Yes, all three phones , Moto G4 , Moto G4 plus and Moto G4 play have non-removal Lithium-Ion batteries. 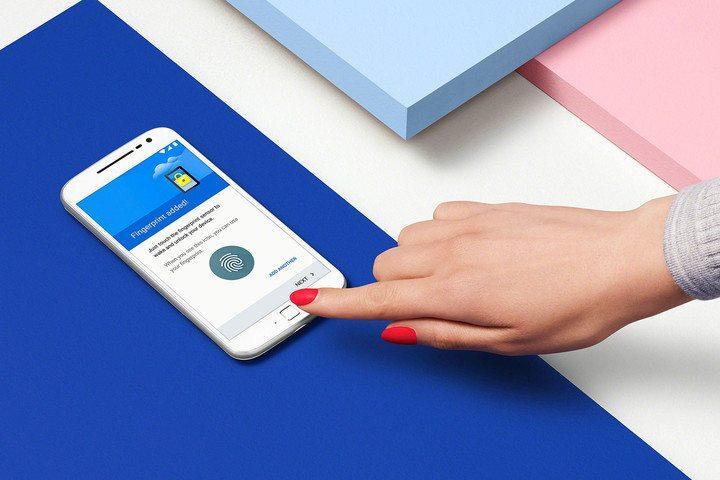 Talking in order of connectivity all three have 4G LTE support on almost all bands. They have micro sim cards slots. Which is common nowadays. Talking about sensors all the phones have got an accelerometer, gyro, ambient light sensor and proximity sensor.

There is an another important feature in Moto G4 plus. Finger Print Sensor. Which is common nowadays with high-end smartphones. But this phone has a noticeable Fast fingerprint sensor. The fingerprint sensor has placed down the screen on the phone. However , this adds up a pinch of more security to the phone. Here are some other features.

As usual, all three phones come in many colors. Black and white are available for Moto G4 Plus . Same bar style. But this time, the G4 Plus phone has a fingerprint sensor down the screens. Which will give a different look to the phone? The body will be of plastic. But still, the phones will look classy enough. However, G4 play has got a different design because as you know all the specs tallies with Moto E3 so they had to make it different then MOTO G series.

Moto G4 , Moto G4 plus and Moto G4 play, all the three phones are official. But currently, only the Moto G4 plus is available to buy. Which has a price tag of 13999/– for 2GB RAM variant and 14999/- for 3GB RAM variant in India. However, the 4GB variant is not available yet.  Moto G4 and play are going to be released soon with a not so high price tag.  So you want a phone with decent specs and good brand value, this might be the one for you. Without a second thought, go for it.

If you have any more queries about this MOTO G4 series smartphones , drop you questions in the comment section below. Without failing , we’ll get back to you as soon as possible.