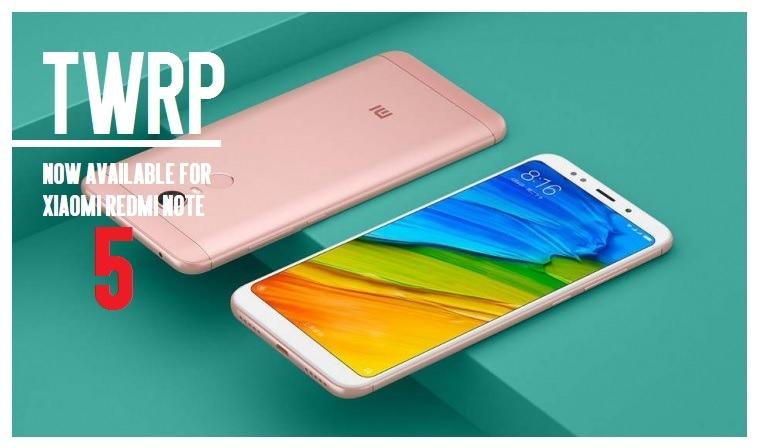 Before even witnessing the first flash sale on 22nd Feb, the Xiaomi Redmi Note 5 has now received the Official TWRP recovery for the device. This is possible as the Xiaomi Redmi Note 5 was already launched in China and is sold as a rebranded Redmi 5 Plus back in December 2017. So, the device was already out in the Chinese market, and the devs at Team-Win had already had hands on it.

With that said, along with the famous Custom recovery, the devs also unveiled the Lineage OS 14.1 for the device. So, as soon as the Android enthusiasts get their hands on the device in India on 22nd Feb, you’re ready to play around with Custom ROMs and flash your favorite Xposed modules and other exciting firmware as well, with this easy to use UI based custom recovery.

Join the XDA forums TWRP thread to download the recovery and load it on your Redmi Note 5/Redmi Note 5 Plus. Also, read the comments about other users to get an idea of what to expect next on the development of the Redmi Note 5, probably an Android Oreo 8.0 ROM as the device still runs on Android Nougat.