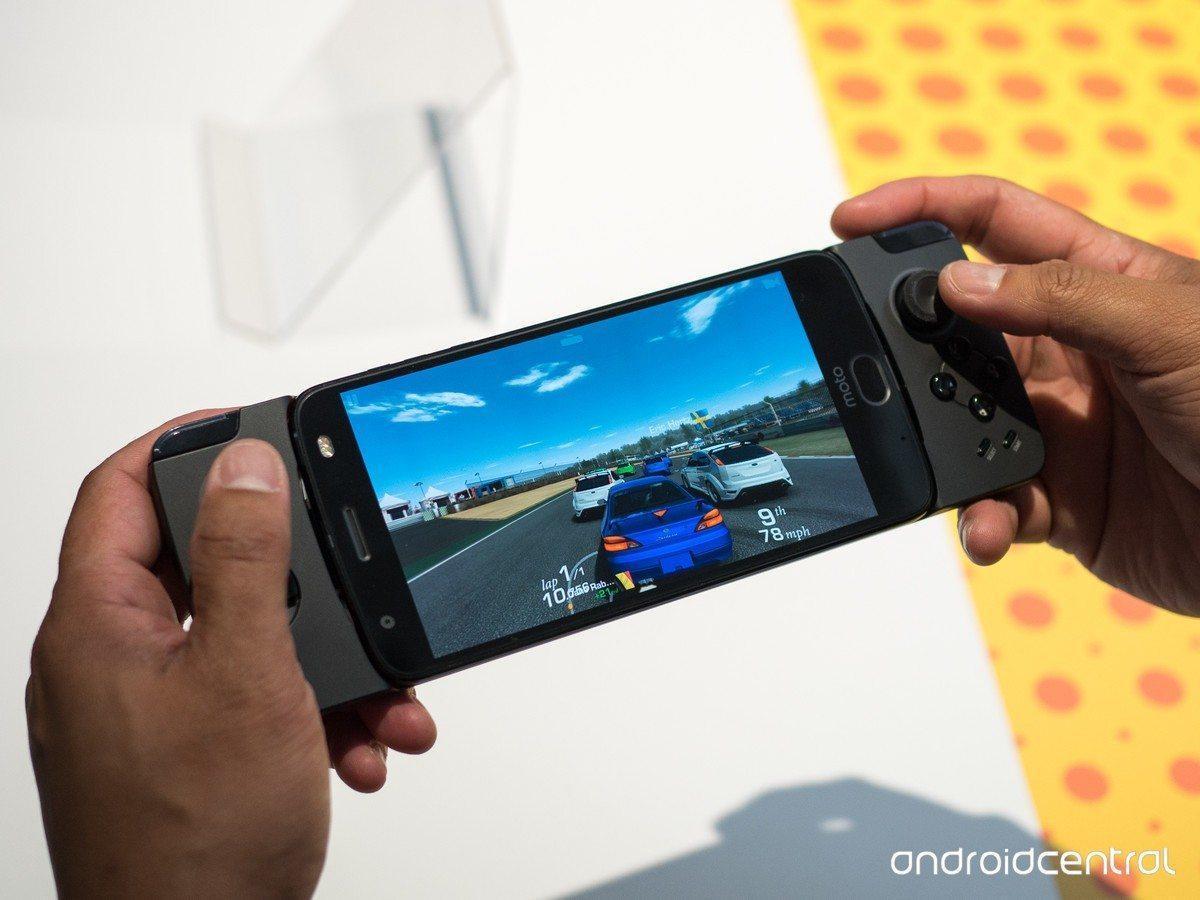 Motorola’s Moto-mods eco-system is growing each quarter with the addition of new moto-mods, as the American tech giant promised to released 12 new moto-mods each year. And to begin with this year, we had the Turbo-Power pack Mod which offers 3600mAh battery, a style shell which has wireless charging capabilities. With the Moto Z2 force edition we had the 4K 360 Degree camera mod. And now the coolest among them has been launched, and that’s the Gamepad Moto Mod.

First, let’s talk about the pricing and this moto-mod doesn’t break the bank. Like the Hasselblad true zoom mod, this comes in at a friendly price of just $78. But its exclusive to Verizon from for now, until you can find it on Motorola.com website.The Gamepad mod features two thumbsticks on each side. A D-pad, four primary action buttons, start/select, shoulder buttons, and a Home button on the left side. While there LED’s inside the left and right shoulder buttons light up when you press them.

Moreover, you also get 1035mAh juice inside the mod, which is claimed to give you extra 8 hours of game-play. The Gamepad mod connects to your moto Z series of smartphones via the 16 gold pin connectors in just a snap. Due to which there’s zero delay when you play a game, as there’s no wireless connection here. All the communication is done physically via the 16 pin connector.

In addition to that you also get a hook slot to attach a safety band, for added protection. On the rear if you know any of Lenovo’s gaming computers line-up which is called as Legion now, earlier named as Y series. The Gamepad mod features the same glowing logo same logo of the Legion Brand. The mod goes for sale on August 25 and you also pre-order it now, if you own the moto z series phone.