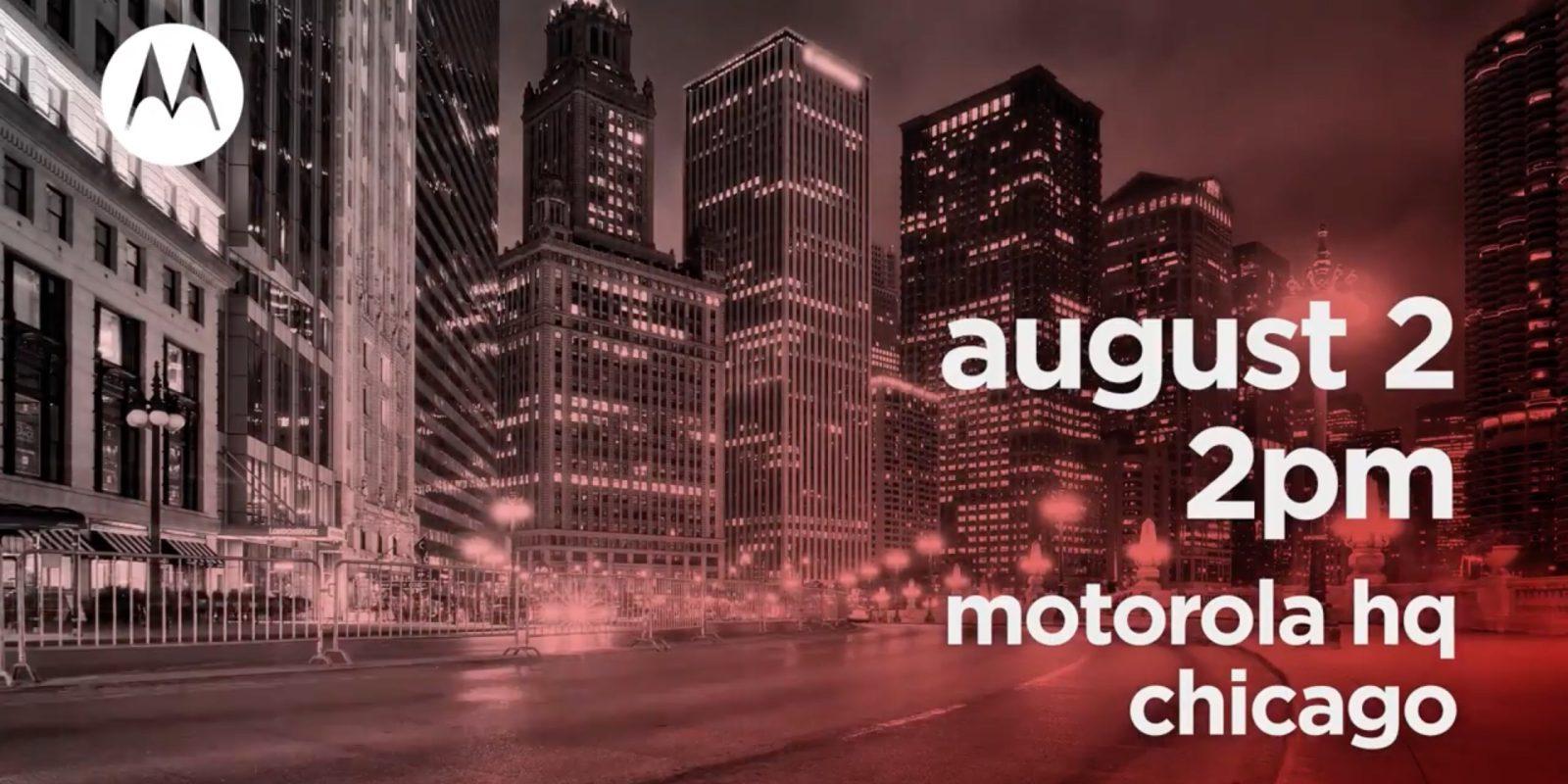 “Hello Chicago” is the name of a new event which Motorola posted today, and it will be held at Motorola’s headquarter in Chicago on August 2nd at 2 pm. The Motorola Moto Z3 2018 flagship seems to be the prime contender that might get announced at this event.

In the teaser, Motorola shows a time lapse of Chicago’s busy streets at night time with the city skyline visible in the background. Is this a hint for a better low-light camera? Could be, but recently today, new images of Motorola’s notch phone, the Motorola One were leaked and now this time we have the Motorola One with a glass back which is said to be a smaller variant of the Motorola One Power.

The device features a glass back and a redesigned vertical camera cluster, while from the front it looks similar to the Moto One Power. So, this could be another possibility that the Tech titan might introduce an entirely new line-up of smartphones for Google’s Android One program as both the Motorola One and the One Power are android one devices.

Moreover, backed by the video Motorola also claims that get ready for whole new ways to connect, stream, download, video chat and much more. Does this hint that world’s first 5G smartphone? Or will it come with the 5G Moto-Mod, that’s also possible. The Moto Z3 will support all the old mods as well as the new upcoming moto mods and will have top of the line specs and camera hardware.