Motorola has just launched it’s flagship device in India called Moto X Force. However, the smartphone is available in some other countries from a while. Moto X Force is also known as Droid Turbo 2 in some countries, So don’t mess with the names they are similar smartphones. Motorola Moto X Force uses a shatter proof screen which is as hard as metal and can not be breakable in everyday life. Yes, it is not breakable in everyday smartphone use, which is the key selling factor of the smartphone. The company is also giving 4 years warranty for the display damages, which shows that Motorola is very confident on shatter shield technology.

We recommend you to buy from Flipkart for better user experience and faster delivery.

Motorola has made the smartphone for premium users. So maybe pricing of the phone will disappoint you. 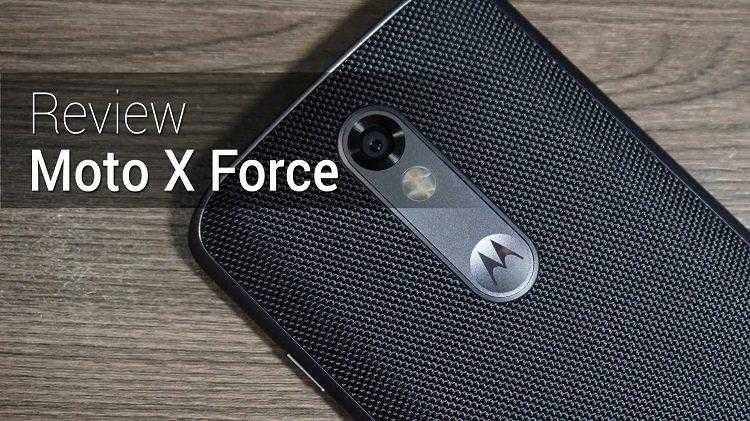 The reason you’d buy the Moto X Force is for the “shatterproof screen”.

A standard smartphone screen typically has three or four layers, including the display. The glass on top, a touchscreen layer and then the display underneath, as well as some sort of frame. The Moto X Force has six glass layers: a user-replaceable layer, scratch-resistant top layer, a second transparent glass layer, two touchscreen layers – just in case one breaks – the AMOLED display which is a new thing, and a rigid aluminium back to hold it together.

Motorola says that Moto X Force shatter proof screen uses shatter shield technology and the display is as hard as diamond.  The phone has a trapezoid cross section and a back that comes covered in black nylon by default. It’s wide, solid and feels like a powerhouse that can take a beating, which is rather the point.

It’s not often I’m thoroughly impressed by a new piece of technology, but the Moto X Force lives up to Motorola’s claims. No matter how rough I treated it, the screen would not shatter. It even withstood a good blow from a hammer – and the touchscreen still worked. I also tested it with my bike, I placed it near the bike’s tyre and ride over it but the display didn’t get a scratch. After a while, I tested it with a stone and table leg but failed to broke it. After all, Motorola is giving four-years of warranty for that.

The Moto X Force has Qualcomm’s Snapdragon 810 SOC, Which was the flagship SOC of 2015 and can be found in every 2015 flagship device. While other smartphones with the chipset have some major heating issues, we didn’t find any heating issues in Moto X Force. We played some high graphics games on Moto X Force but the never faced any heating. Because the phone uses almost stock Android Operating system, Operating the phone is very easy and smooth. The smartphone gives a very smooth user experience and feels very buttery in every task. Switching apps to games, playing music and videos, rebooting the phones almost everything is buttery smooth.

It feels snappy and powers through pretty much anything. It got quite warm when downloading multiple things, but wasn’t overly hot when playing games or other demanding tasks. 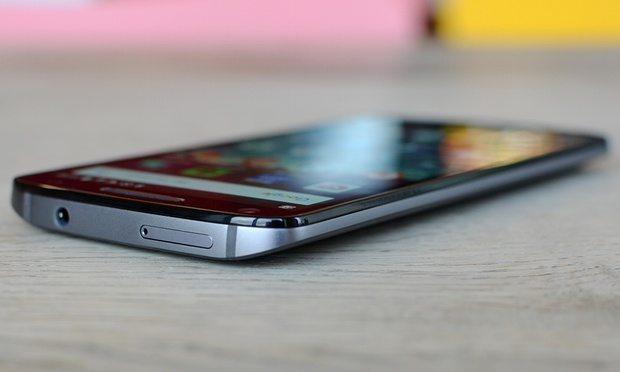 The quad HD 5.4in AMOLED is of very high density with 540 pixels per inch, which makes it one of the crispest smartphones available in Indian market. It’s pin-sharp, has very good blacks and is bright and vibrant. It’s a high-quality display that shows no visible signs that it is different from those fitted to devices such as a Samsung Galaxy S6 or iPhone 6S.

The front-facing speakers below the screen are not a stereo speaker but are loud enough to enjoy music in high volume. The speakers also produce very clear sound and the bass is also pretty good. After listening music with my Xiaomi Piston earphones, I can say the smartphone is very good in terms of music performance. However, it is not advertised via Motorola but the phone has an optimized DAC for better audio output.

Motorola says the Moto X Force should last 48 hours of mixed use with a large 3,760 milliampere-hour battery. For comparison, the Samsung Galaxy S6 Edge+has a 3,000mAh battery and the iPhone 6S Plus a 2,750mAh battery. We found that the Moto X Force is one of the best smartphones in terms of battery performance.

I found the Force consistently lasted two working days, but not quite 48 hours. With about two hours of gaming, hundreds of emails and push notifications of Facebook, Twitter etc, as well as 90 minutes Music listening, connected via Bluetooth headphones a day, it would be on its battery’s last stage when going to bed on the second day and dead by the time I woke up for the third day. only’s Xperia Z5 Compact has consistently lasted longer in my testing, but not so long.

I also found that charging the phone is a painless thing, thanks to the Turbo Charger technology. Moto X Force has both turbocharging, wireless charging technologies under the hood. If you charge the phone with a regular charger it will charge very slowly, But with turbocharger it will charge from 0 tp 100% within some hours which is a quite impressive thing for Gamers.

The Force isn’t waterproof but has a water repellent coating, which will help it survive a drink being spilt over it. It didn’t die when I spilt coffee on it, which is good. There’s a microSD card slot in the sim tray in the top of the device for adding more storage.

The Moto X Force runs the same version of Android 5.1 Operating system which can be found in other Moto X series smartphones with little modification or no modifications. Motorola promises that Moto X Force will be upgradeable to Android 6.0 Marshmallow in coming months.

The smartphone also have some Motorola’s property apps like Motorola Migrate, Moto app that supports gestures such as karate chop to switch on the torch and a quick twist to launch the camera app. It also has expanded voice control and Motorola’s active display, which lights the display with notification icons and the time when you approach the phone with your hand. All the apps work very well with no bugs and glitches.

Moto X Force has a 21-megapixel backside camera, which is similar to that fitted to the Moto X Style, and produces very good images in good lighting conditions, with excellent colour and detail. The camera is not that great in low light conditions but after tweaking a little bit, we found that an update can fix the problem. It has no optical image stabilisation which is a disappointment for some photography lovers. However, the camera has great focus capabilities and produces very nice images overall.

The 5-megapixel selfie camera is one of the best available. Yes, one the best selfie camera, but the front-facing flash does little to help anything taken more than an arm’s length away.

Motorola has made the smartphone for premium users, that’s why the pricing of the phone is similar to an iPhone. Moto X Force current price in India is Rs 49,999 for 32GB version while the 64GB variant will cost you Rs 53,999. The smartphone will be available from Amazon, Flipkart, Croma and Spice stores. The Moto X Force smartphone sale starts from February 8.