Moto E3 Power also supports VoLTE technology, which means you can use Reliance Jio 4G service in it without any extra data charges for voice.

Buy Moto E3 Power for just Rs. 7499 with free 32 GB memory card on Flipkart (Discount applied) plus you will also get 10% Instant discount on SBI card.

You can buy the #MotoE3Power from Flipkart here. Early buyers will get a free 32GB MicroSD card, as well as Rs. 800 cashback offer on SBI debit and credit cards.

Buyers will also be able to purchase the Moto Pulse headset for a reduced price of Rs. 499.

Update: According to the Motorola’s official blog list, Moto E3, and Moto E3 Power will not receive the Android Nougat update. However, Motorola may update the phones in future.

Moto E 3rd Gen also have some major improvements in hardware as well as design sector. It comes with a 5 inch 720×1280 pixels 720p HD, protected by Corning Gorilla Glass 3 and oleophobic coating.

On the operating side, It has the latest Android 6.0.1 Marshmallow out of the box. Read more for complete Moto E 3rd Generation specifications. 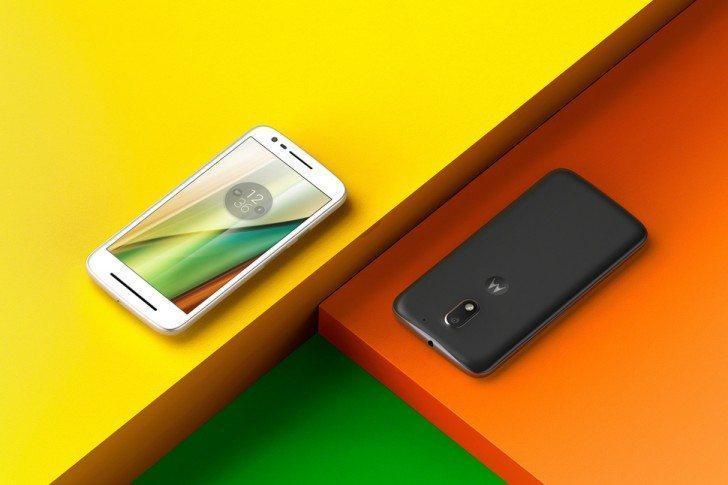 Will be available in Black and white Colors.

The smartphone is currently only announced in some countries, but in future, we can see more announcements for other countries. According to the sources, Moto E3 (3rd Gen) Power released on 19 September in India and later in the USA.

Motorola always pays a good Benchmark for customers expectations. One of the best budget Smartphone producing company. Started by MOTO G and continuing. Now the upcoming budget keeper smartphone will be MOTO E3 (3rd Gen) or Moto E 2016. This device will be under 150$ for sure with a better display, better performance, better camera, and LTE. There are many Many features within a good Range, that’s what makes it one of the Best buy for budget-Phone-Seeker.  This article will show you the most Probable features  MOTO E 3 will contain and whether you should go for it or not when it gets released. 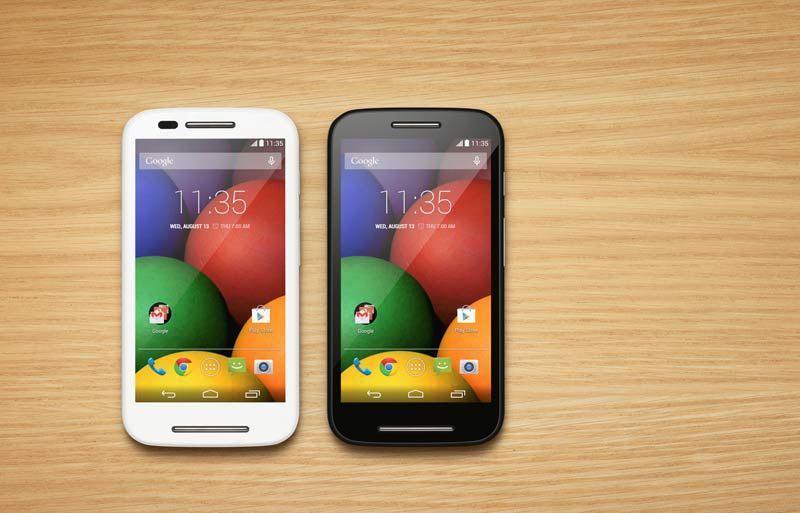 Moto E series has given us a good handful of specs in a good range. Which is why people tend to buy this series. And as per information available, Moto E3 Power will sport good specs within 7000/- INR or $140. Before going further, we want you to know that Moto E3 will be an entry level phone with Mid range of specs. You shouldn’t expect a  basket of features like Chinese manufacturer are giving. But the specs of Moto e3 will be enough. Here are the most probable features and specifications of Moto E 3rd Gen.

Not likely Moto E2, E3 will sport an HD 5-inch display. For sure it’s a good news for big screen smartphone lovers. The display will be at 267 Ppi or 326PPI(if the phone will have a 4.5 inches screen) and will have 720p resolution. For extra Protection, it will have a Corning Gorilla Glass 3. So with all these, the display will be satisfactory.

Moto E 2nd gen had two variants, One with 3g and another with LTE.  Because Moto E3 chipset is Qualcomm’s Snapdragon 410, So for sure this phone’s gonna have 4G LTE. Obviously, it will have dual Sim with dual standby and both will be micro Sim. Moto E 3rd Gen can also feature VoLTE, Which is a high demanded feature in India right now.

Moto E 2nd Gen had a 5MP rear camera and VGA front camera which wasn’t good enough. So, this time, The Moto E3 will have a 8 MP rear camera with autofocus and 2MP front camera with 79-degree focus length, which is low too but Ok in this price segment. The camera will also have  Geo-tagging, panorama, HDR functions. It will capture Video at [email protected] It will also have a LED flashlight which will make the night outdoor photography more delicious. No?  However, the camera sensor is still unknown.

The internal storage of Moto E3 will be same as its previous version which is 8Gb (4.56 Gb Usable) and expandable upto 32 GB via MicroSD card But the turning point is the RAM. Yes, Moto E 3rd Gen will have 2GB of DDR3  RAM instead of 1GB as its previous version. Good enough? Wait, according to a recent rumor posted on Gizchina pointed out that Moto E 3rd gen would have 2 storage models. One with 8GB internal storage and the second with 16GB.

It might come with a Qualcomm Snapdragon 410 processor, And the CPU will be a Quad-core 1.5 GHz Cortex-A53. And there are high chances that the GPU will be must Adreno 306. This combo makes a device pretty fast, as well as less battery consumer, cause Cortex A53 cores are designed for low battery consumption.

Motorola is famous for fast software upgrades. So there is no doubt that, It will run on Android Marshmallow 6.0.1 which is the latest version right now and has better RAM and Battery management. Obviously, Moto it will be soon upgradeable to Android Nougat cause according to gsm arena, Google can launch Android N on Google I/O event this year.

I can bet this time, you’re getting an improved one. For sure the battery will be off 2400 mAh Li-Pol battery, which is pretty good for a device having 5 Inch HD display. It will give ‘Screen On Time’ about 6:00- 7:00 Hours probably higher than Motorola Moto G3. Which is good for a smartphone. Cause, possibly features don’t matter if the backup is noticeably Low. So there is nothing to worry about battery section.

It’ll be same bar phone with Black and white color as the previous version. It will have the same design as Moto E 2nd gen, except it’ll have a bigger screen. Although, some rumors are suggesting that Moto E3 can also feature a different design than Moto E 2nd Gen.

Well, it’s the main concern, the deciding factor. Whether the smartphone is good or not. BUT our phone wins here. The price will be in between 5499-6499/-(Under 100$) for sure. People looking for “Reputed manufacturers within a budget phone” will go for it for sure.

About its release, as we said,  there are no official dates yet. But there are high chances that Moto E3 will release on 9 September 2016.

Well, this will be a Compact, average usable, premium phone. If your budget stands upto 6k for a phone then this might be the right choice if you have a concern about Manufacturer. It’s providing a good set of features for 6K.   So overall this is going to be a Four starter phone.

P.S. – We update this article with every new information, So keep visiting this page to get updated with latest information and leaks about Motorola Moto E 3rd Gen or subscribe to our newsletter.