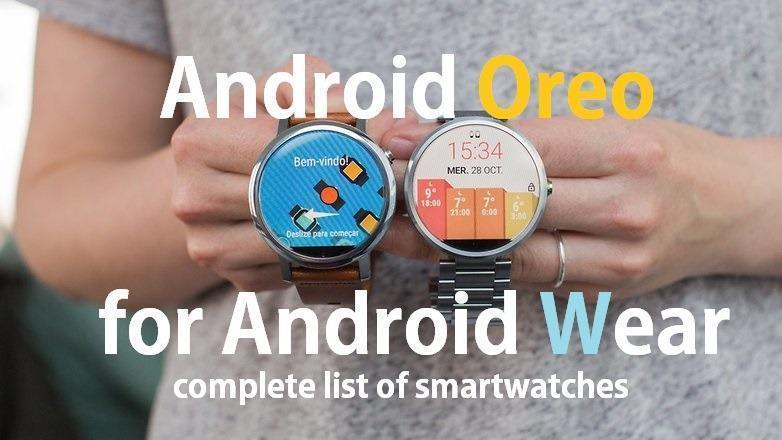 The Android Oreo update is highly awaited not only on Android Smartphones but also on the Android Wear platform, which is Google’s take on wearable tech, that’s on smartwatches and the tech-giant has revealed a list which includes the all the Android Wear smartwatches from various OEMs and among them which will get the taste of Android Oreo, which one is already running on Oreo and lastly, which smartwatches will stay on Nougat forever.

The latest update was announced a couple of days ago, and some watches like the LG watch sport has started receiving the update. Moreover, the new update brings vast language support for various regions, vibration controls which allows you to set the vibration levels as per your choice. And modern touch to lock option can now also be seen.

List of Android Wear smartwatches that will get the Android Oreo update someday:

Smartwatches that are already running/updated on Android Oreo for Android Wear:

However, popular smartwatches like the LG watch R/Urbane and the LTE models, Moto 360 2nd Gen, the Asus ZenWatch 2 as well as the 3rd Gen will stay on Android Nougat forever. As some OEMs have dropped the idea of smartwatches is the reason you won’t be seeing any updates for them.

RELATED: Smartwatches that will get Android Wear 2.0 Update

List of Smartphones and Tablets to get the Android Oreo Update

Meanwhile, the first Gen apple watch is still up to date and runs well till this date and is receiving all major updates, the fragmentation with Google’s Android can now also been seen in it’s Android Wear platform. We, hope to see something similar top Project Trebel for the Android Wear Platform and save some of these capable devices from the fate of being stuck on to the old OS forever.