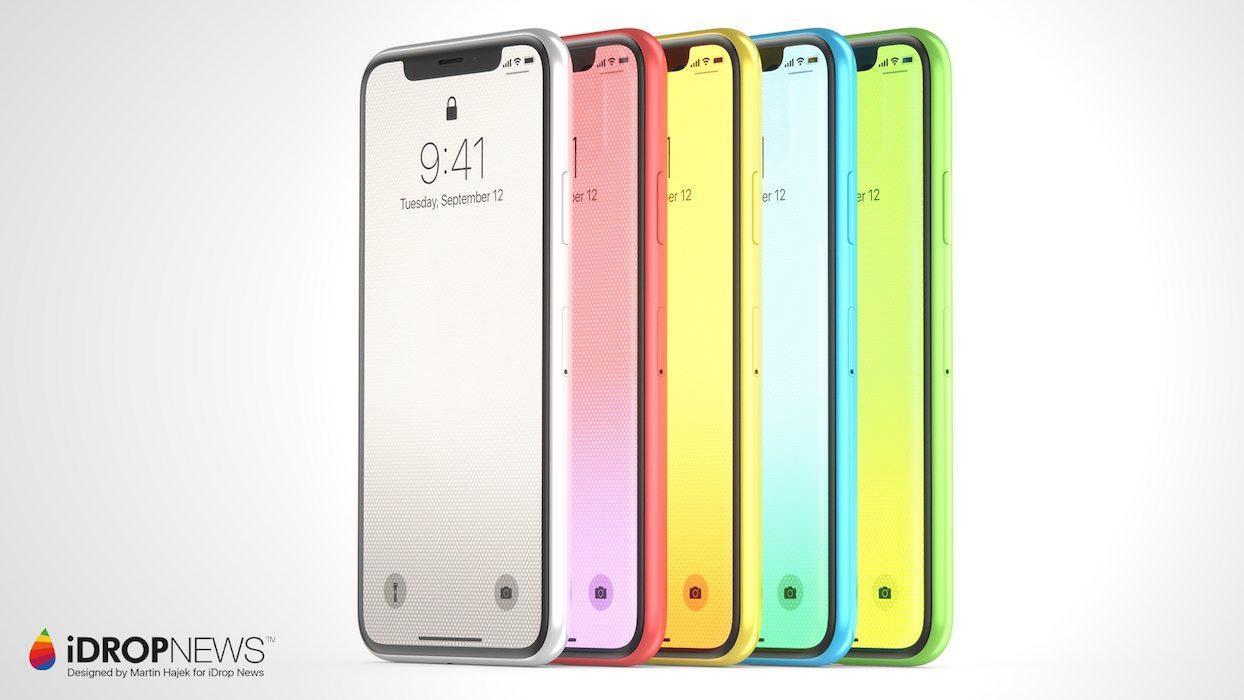 Apple iPhone X is one of the most expensive smartphones out there from Apple; it’s quite similar to the less expensive iPhone 8 when it comes to internals, apart from the faceID and the edge-to-edge display which makes it a $1000 smartphone.  Well imagine a similar all screen design of the iPhone, but with a little less premium on the materials, instead of steel and glass, you will get a plastic and aluminum build. And also, swap the monstrous A11 Bionic chip with the A10, what you get is an affordable iPhone, called the iPhone XC, a cheaper variant of the iPhone X.

This thing sounds similar to the affordable iPhone that Apple tried back with iPhone 5C, now the same concept has been brought up again by Martin Hajek from the iDrop news, who has designed this budget iPhone XC concept and it has taken the internet by storm.

The goal here is to make an affordable bezel-less iPhone for everyone without drilling a huge hole in your pocket, but that doesn’t mean it will look cheap. The iPhone XC takes design cues from the flagship iPhone X, but comes with cheaper material choices and also cut down on faceID and bring a fingerprint scanner on the rear. Instead of an OLED display, an LCD will also do fine on this budget iPhone. The thing should feel like a major upgrade over the previously launched iPhone 5C.

This variant should bring back the head-phone jack

The concept image shows us some possible colors, and the device from all angles, a really good effort by the artist. Now as far as pricing is concerned, Apple didn’t even included the all screen design in the iPhone 8 Plus and is only reserved for it’s most expensive flagship. So, we think this might cost $599 to $699 if this ever becomes a reality, that price isn’t affordable by any means, but still within reach, and a lot better than a $1000 device.