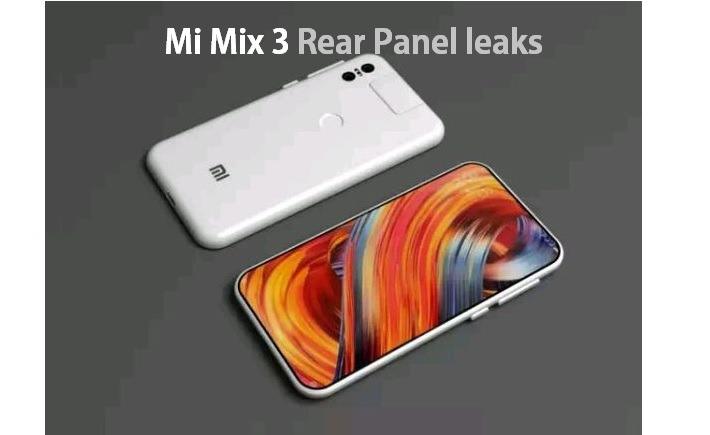 Remember Xiaomi’s Mi Mix 2 the bezel-less dream, which was gone unrecognized after the iPhone X got launched; now there’s a leak which shows an image of its possible successor that’s the Xiaomiu Mi Mix 3. The picture comes from weibo and posted by infamous Twitter leaker ZyadAtef12, and the image shows the back panel of the upcoming Mi Mix 3.

The rear panel reads Mi Mix designed by Xiaomi and looks like it’s made of ceramic like the Mi Mix 2 special black edition. It seems relatively large, and in typical Xiaomi fashion, it looks highly inspired from the rear of the iPhone X, just minus the circular fingerprint reader present at the rear. The traffic signal like camera cluster (the vertical cutout on the left) means this time the Mi Mix 3 will sport Dual-Camera’s, whether or not we might see a Quad-LED flash like the iPhone X is still unknown.

Moreover, there isn’t much can be known with just a rear panel, because the main highlight of the device is in the front, where all the action goes, and Xiaomi tries to push it’s designing boundaries, like no other OEM. If the rear looks Similar to an iPhone X then there’s a high probability that the front might also look the same right? With the top notch, hiding all the sensors and an all screen display.

Let’s see what the upcoming Mi Mix brings next year as it showcases Xiaomi’s best designing capabilities, however, if they try to clone the iPhone, this might be a controversial release for the OEM.