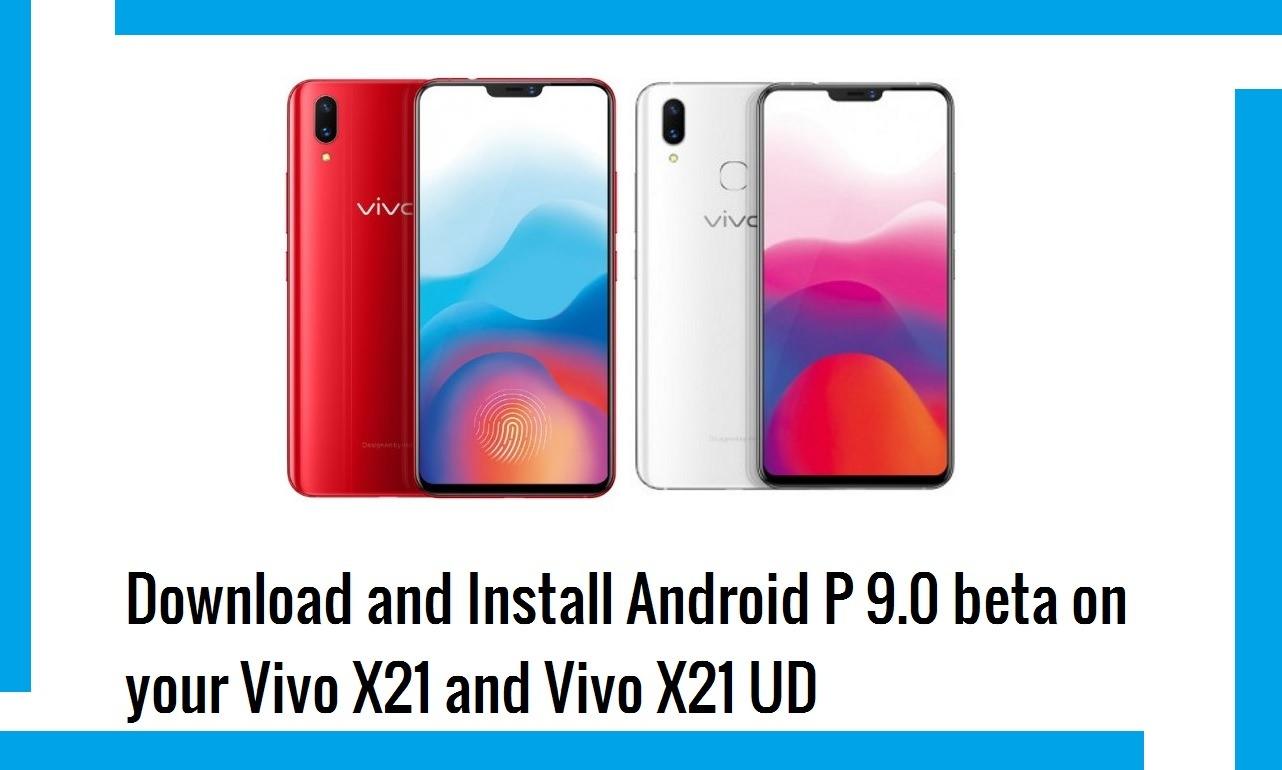 Google’s Android P 9.0 Beta update is now available for the Pixel devices which are getting the latest flavor of Android, but surprisingly third-party OEM are also invited to test this new build of Android, which is by far the most feature packed and design overhaul update after Android Lollipop. Surprisingly, this time Vivo has partnered with Google to bring the newest release of Android, that’s Android P 9.0 beta developer preview on the Vivo X21 and the Vivo X21 UD. Both device pack the in-display fingerprint scanner technology which is first on any Android phone.

All this is possible due to Project Trebel which separate the important concerns which let OEMs to push Android updates faster than ever. Moreover, Vivo is certainly not known for providing updates quicker by any means, but Project Trebel might change that soon. And so here we are installing the latest Android P 9.0 OS on the both the Vivo X21 duo.

However, one thing to note is that the Android P software that you will be updating here is not a finished software version and is pretty unstable. So, this will easily lead to some features being broken as they’re still in development and you will have some bugs and glitches here and there. Apps might frequently crash than normal. However, Android P takes care of that by itself, but still, you should only proceed if you accept such a scenario. As this is not by any means for normal day to day usage. But very useful for developers to test their upcoming apps on this new system.

Following are some issues which were reported by the early adopter of Android P beta:

With that said, as more weeks pass by, you will be treated with more builds/firmware to fix these issues, and many more will come and go with each build. You can also check on the developer page if you want to degrade to the Android OS which you had previously on your Vivo device.