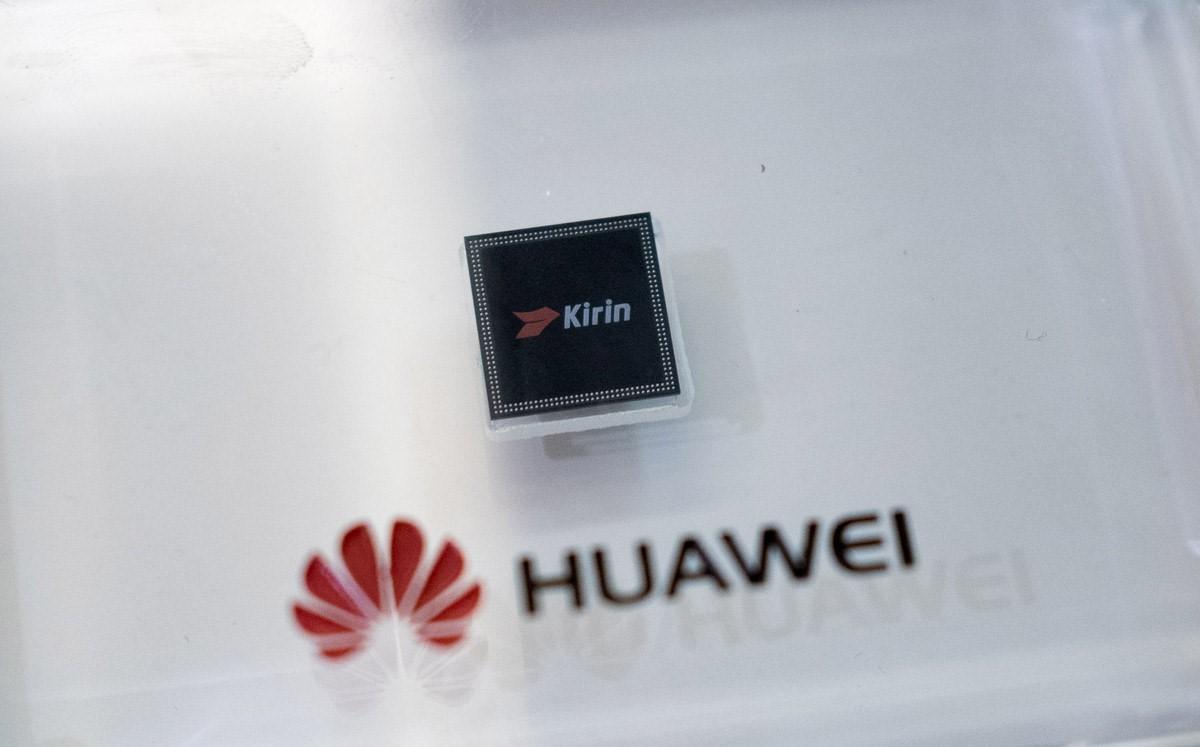 These days Huawei is on a different ground of popularity not only because of the great smartphones they make or because of their own Kirin chips they use but also because of the conflicts between the brand and the United States. All that Ban, putting Huawei into US Entity list or their new OS, all these are bringing Huawei on everybody’s lips.

Update: Kirin 810 SOC (Nova 5) clock speed is also confirmed and accordingly, the chipset has secured the highest AI benchmark, even more than the Huawei’s own flagship SOC Kirin 980. The SOC will feature 2×2.27 GHz Cortex-A76 & 6×1.88 GHz A55) Cores with a dedicated NPU.

Though There are a handful of smartphone makers who manufacture there own chipsets like Apple and Samsung, Huawei is one of them. Huawei has the potential to give tough competition to smartphone makers and chip makers like Qualcomm as well, and they’re already World’s 2nd biggest smartphone manufacturer right above Apple and below Samsung. The company was the first to announce a 7nm process based SoC the Kirin 980 which is entirely on par with the industry’s best Qualcomm Snapdragon 855 and Apple A12 Bionic chip. Now it seems like they’re ready to bring another 7nm Kirin chip in the market.

Recently, Huawei smartphone Product line president He Gang stated, ‘We are about to become the world’s first smartphone brand with two 7nm SoC chips’. This is a straight hint that Huawei is going to launch another 7nm chip and we believe it’s none other than the much awaited HiSilicon Kirin 810.

According to the previous news, the HiSilicon Kirin 810 will have new 2 x Cortex A76 cores and 6 x Cortex A55 cores based CPU architecture. The chip will also be equipped with a new Cortex A76 custom large core paired with MaliG-52 GPU. The new Cortex A76 cores will help to pump up the performance when required, whereas the rest of the A55 cores will handle regular everyday usage with less power consumption. According to the statement of He Gang, we believe this will be based on the 7nm process node. It will be a massive benchmark for chipmakers to bring a 7nm midrange chipset to compete with the upcoming HiSilicon Kirin 810 as all the flagship chips use the 7nm architecture. 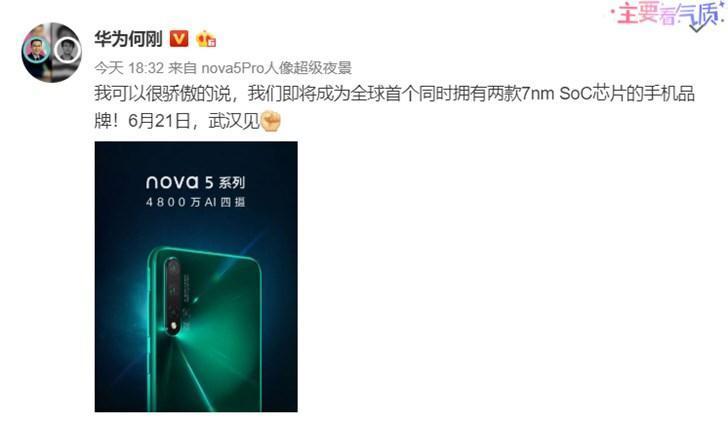 According to the reports, Huawei Nova 5 will be the first smartphone to sport the upcoming Kirin 810. The smartphone has appeared in many benchmark listings confirming decent on paper specifications. The Nova 5 will have a quad camera set up at the back, beautiful colors and possibly Kirin 810 SoC. The Huawei Nova 5 lineup is vast, and it also has a Pro variant probably with company’s flagship SoC HiSilicon Kirin 980, a 2K OLED display and four speakers according to the previous rumors.