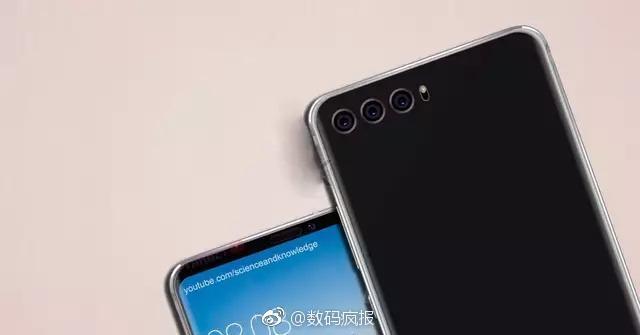 A few months back Huawei has announced its Huawei P10 smartphone which sports that special Leica designed Dual Cameras and now some leaks are making rounds on the internet about its successor.

This newly leaked information shows new innovational features, the renders look amazing and real to some extent, but we are sure they are designed by a fan. This all information will give us a rough hint about how the smartphone will going to look so let’s check out more about it.

Huawei has also introduced that specially designed cameras earlier in its smartphones but its 2018 and what new will they bring, so to feed that tech demanding consumers they might bring a Triple-camera setup. In the latest leaked render, a smartphone is visible which is supposed to be the upcoming Huawei P20 is visible with an insane Triple-Camera setup, this type of technology is never seen or implemented on a mobile device.

As per the leaks, this setup will enable the smartphone to capture a shot with 40MP resolution, new AI features, and Hybrid zoom. Other than camera a massive 18:9 ratio Screen can be seen which is expected to have Quad-HD Plus resolution.

The bezels on display appear slim, and some curves are also present in the left and right section. The handset is rumored to come with a Hi-Silicon Kirin 970 processor coupled with 6GB of RAM. In the battery department, Huawei P20 will house a 3600mAh unit. Earlier leaks have shown that two versions of the handset will be available namely: Huawei P20 Plus and P20 Pro, however, no new information is there about them. The device is anticipated to arrive in MWC 2018.