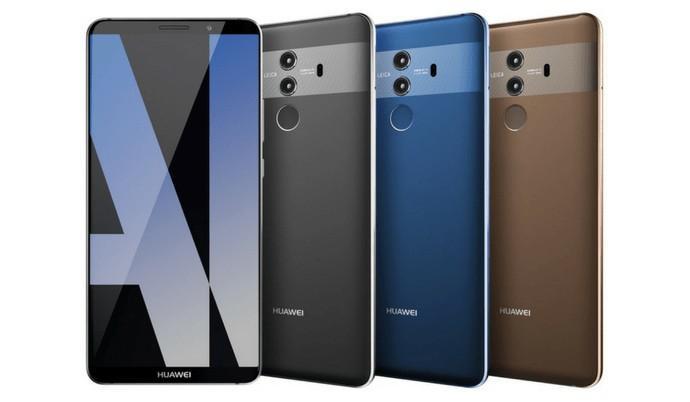 Huawei is about to launch its new series of smartphones known as the Mate 10 series in October. We have already covered a lot of leaks and rumors about the upcoming Mate 10, and now what we have here is some new information which seems to be pretty legit as it is from the house of “Evan Blass.”

He has posted a new render of the unreleased Huawei Mate 10 Pro, and it looks very amazing, So without any further ado, let’s know more about it.

As per the leaks, the above-posted image is of the Huawei Mate 10 Pro, and the design seriously looks interesting, an appealing Metallic design can be seen, and as leaked the device comes with a Dual-Camera setup in the rear.

A Laser autofocus setup can also be found on the back of the phone. Recently Huawei came in headlines because of their statement “It is not a Smartphone,” as per Huawei, their upcoming phone is not a smartphone which looks like they are cooking something special in their kitchen.

We are already concerned that the next Mate 10 series will be powered by the Hi-Silicon Kirin 970 10nm processor that also comes with AI capabilities. As per the render, the phone has a curvy design, and a Vertical Dual-Camera setup is present there.

In the front, an 18:9 ratio Display is there with minimal top and bottom bezels. Fingerprint Scanner is in the rear and is a round shaped one. The phone will run on the latest version of Emotion UI based on Android 8.0 Oreo and additionally it will come with an IP67 certification which is a standard these days for Flagships. For further information stay tuned to us.