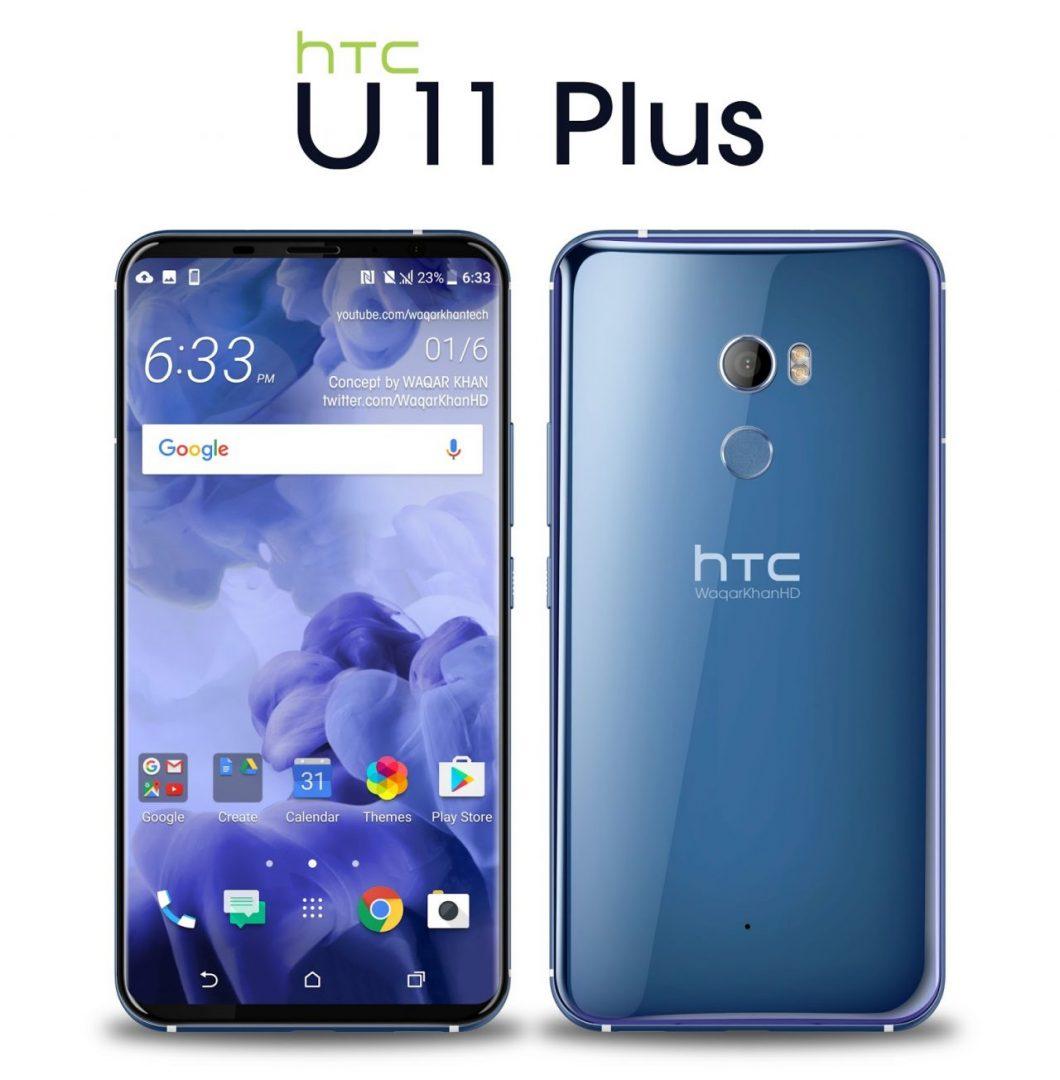 HTC’s U line-up currently has the HTC U11 the flagship and the upper midrange like the HTC U Ultra and U PLAY. However, like many other OEMs, HTC’s U11 Plus version is up in the rumor mill now, and the device was rumored to launch in early November, but now the new ones suggest that the device will not see the daylight until the year-end.

Moreover, will be the device’s Prime variant, with a bump in specs, size and battery capacity. Now speaking about size, the display its believed that HTC ‘s U11 Plus would now jump onto the bezel-less bandwagon and will go edge-to-edge with its display, as may know the HTC U11 has a traditional looking front end. So, this is one area where HTC’s designer could work, if Google has not bought every one of them.

On the specs front, the chipset will be the Qualcomm Snapdragon 835, which has made its way on every major flagship this year; along with 4GB or possibly 6 Gigs of RAM. Storage options are expected to get a significant upgrade with starting from 128GB and maxing out at 256GB with room for expansion via micro-sd card, up to 2TB.

ALSO, READ HTC phones that may get the Android Oreo update.

Talking about the display, here’s a photoshopped concept version of the HTC U11 Plus, by an artist, showcasing an All-screen display on the front with 18:9 aspect ratio. However, the fingerprint scanner on the front is not shown under-the-display or on the side as such, but on its rear.

HTC is not doing Dual-camera’s anymore, so there’s little chance that we could see them again, as HTC was the one to pioneer it. Talking about the prices, expect U11 Plus to start anywhere from $699 to $799.