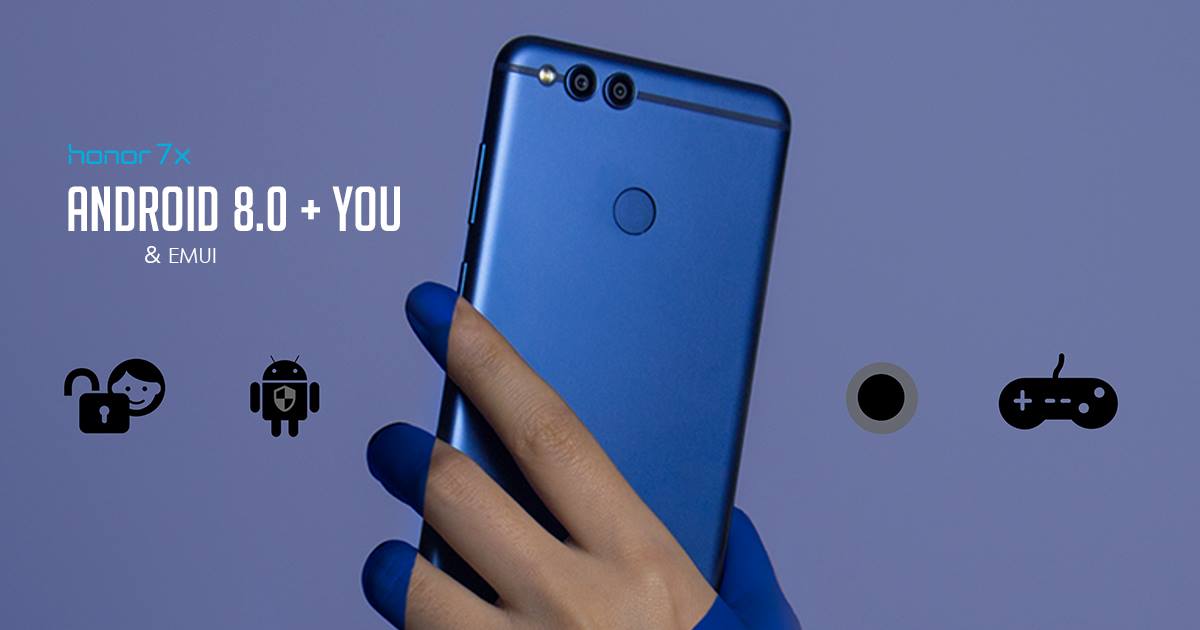 As promised by Honor,  the company is now rolling out the latest Android Oreo 8.0 update for the Honor 7X in the US. The update is being pushed out to all the Honor 7x units in the country. This new interface on top of Android Oreo 8.0 is Honor’s EMUI 8.0, with a whole host of new features to play.

Also, Check- List of Huawei and Honor devices that will get the Android Oreo 8.0 update.

Along with that the latest update also comes baked with the latest April Security patch. Moreover, you also get specific features that belong to the high-end phones such as face-unlock, a brand new floating navigation dock for ease of access and some AI features to keep EMUI running as smooth like the first day that you booted your phone.

Huawei’s Sub-brand Honor has now stepped up its Software update game, similar to its parent company, which will now start rolling out Oreo for the P10 and the P10 Plus pretty soon. Apart from that, this update will be rolled out in phases covering one region in the US at a time. Such updates won’t arrive at the same time in all area’s so be patient.

Or if you noticed that fellow Honor 7X users had received the update, but it hasn’t shown up on your device, then go to settings > about phone > and tap on System Software Updates, to check for them manually. Also, make sure that you at least need 50% or more battery when you Download and Install the update, to avoid any unexpected shutdowns.

What else is new with the new #EMUI 8.0 update on the #unrivaled #Honor7x outside of the standard Oreo goodies?
– April Security patch
– Face unlock
– Game Suite
– New floating navigation dock
– Improved system responsiveness and speed
Share with us your impressions! pic.twitter.com/IcKjBIyv9K