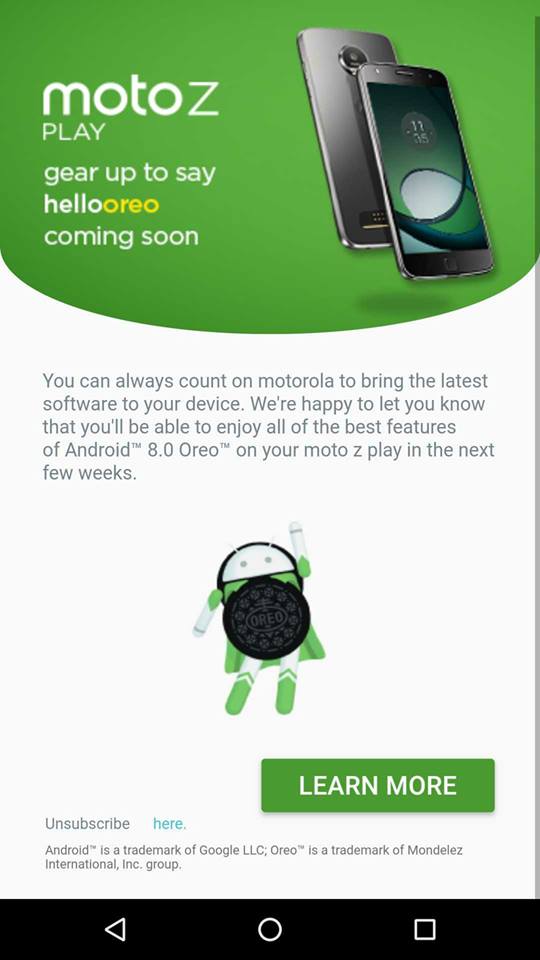 Android Oreo is currently the talk of the town as most Android OEMs are in a rat race to upgrade their Android devices to the latest and most awaited version of Android. While, in some regions, the devices from Motorola and Huawei have already received the Android Oreo 8.0 update. However, in the Canadian markets, these devices are still awaiting the Oreo update from a long time. Now according to a new document, a timeline has been; leaked for the Android Oreo update for Motorola Moto Z Play and the Huawei P10 and the P10 Plus.

According to this new image, we can see the Huawei P10 and the P10 Plus are listed for the Android Oreo 8.0 update, and the full release is set for 30th April. Now coming towards the Motorola Moto Z Play, the Canadian variant will start getting the Android Oreo 8.0 Update by 1st May. That means, after 1st May we should begin witnessing the first arrivals, and this will continue for the next 2 to 3 weeks as it covers all regions in Canada, so be patient.

The Moto Z Play has already received the Oreo update in India, and the update is still seeding in the country from the last 3 to 4 days. Moreover, the LG G6 is also stated to get the Android Oreo, with no apparent timeline is shown, for now, all it says is that it is coming soon.

While for the LG V30 it will surely get the Oreo update, but there is no information about a date. Apart from that, the flagship Moto Z 2016 is currently receiving the Oreo update in Canada, and we hope the Z play also follows soon.