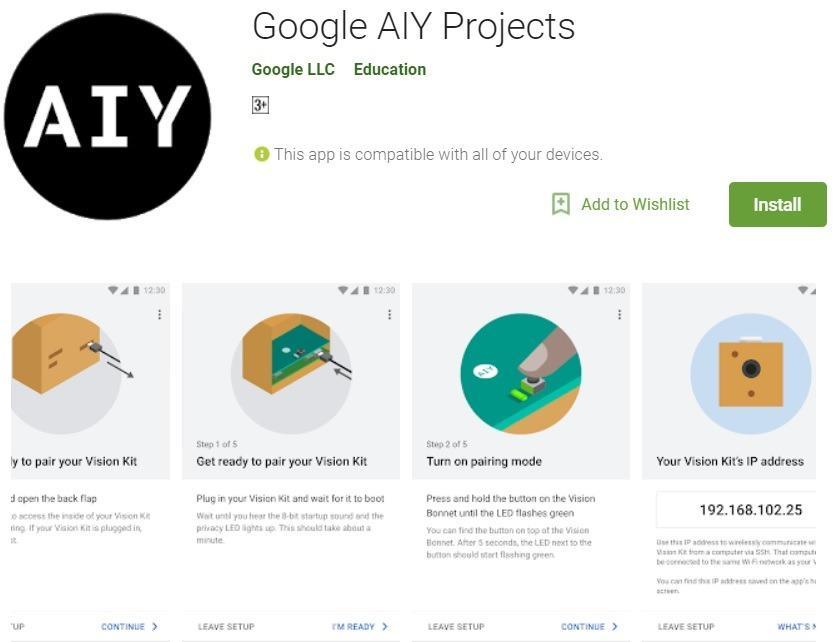 Google loves experimenting with new tech, and as we know AI products have seen a huge rise since 2017, the next version of Android that’s Android P 9.0 will be heavily influenced by Artificial intelligence. Seeing the opportunity, Google has now brought the Google AIY to the play store for getting all the latest AIY projects based on vision and voice.

Google’s AIY initiative was launched way back in 2012 and now as the market is maturing and AI is about to become the next big thing in the tech market. Google’s AIY kit will serve as a great platform for developers who are starting to get into building apps, games or services on AI machine learning side of the spectrum.

This Google AIY app pushed in the Google Play Store will easily let you connect your AIY projects to a WiFi network, via your mobile phone. It will provide the IP address of the network to your project to give access to the Wi-Fi for wireless communication. The Google AIY app was launched just today on April 16th, 2018 and is in its initial version that’s v1.0.0.192550289 and shortly, we will see more features as well as various utilities getting added to the app.

Moreover, the app weights around 3MB (2.4MB to be precise) and you can download it from the link given below.