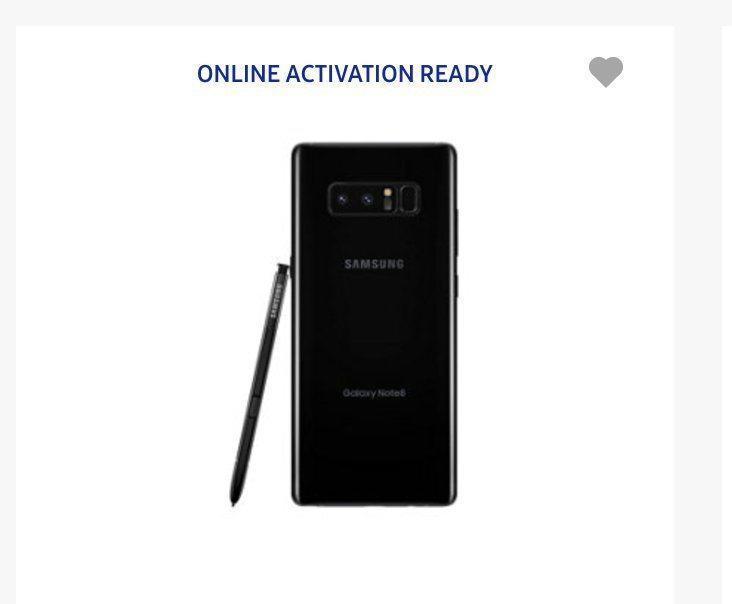 Samsung’s Galaxy Note 8 is one of the most awaited smart phones of the year. And it has already been spotted in countless other leaks. But now, the Note 8 suddenly appears on its Official website putting a hallmark forever, on all the leaks we have ever seen. The device is listed as unlocked version and comes in as a 64GB variant.

However, this doesn’t mean that the global variant would just limit to 64GB internal memory, a 256GB variant was also leaked before. But we suspect the base variant would start at 64 Gigs of storage. That’s plenty of room for a base variant and starters. Unfortunately, now if you want to gaze at the page, it’s removed now and displays an error. Furthermore, the listing also reveals some of the key features that the Galaxy Note 8 will offer which also include Bixby. So, there’s a good chance that we’ll again see a dedicated button for the AI voice assistant.

The rear and front of the device are clearly visible with the front being dominated by a 6.3-inch Quad HD Curved Super AMOLED Infinity display, quite a long-term. While on the rear the mighty Note 8 sports Dual-Camera, with 2x Optical Zoom and bokeh trickery up its sleeves. And the hard to reach finger print scanner; along with that the Note 8 will also house an improved Iris scanner.

Speaking of its camera, the Seoul-based tech giant has also posted some videos, teasing the Dual camera showing off its Portrait capabilities. And confirming the 2x optical Zooming as well as the new S Pen. Samsung will officially unveil the Galaxy Note 8 on August 23rd at an event in New York City. And the device will retail around $1000 when it hits the stores.