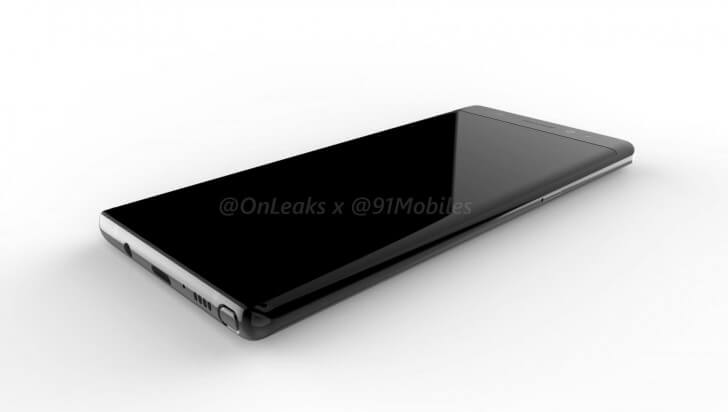 Samsung made a huge mistake with Galaxy Note 7 and was quite of disappointed with the results that Note 7 gave, now the Galaxy Note 8 is a device which can make the Note series live again and hence Samsung is doing hard to make the device one of the best. From some of the sources which leaked the Auto-CAD drawings, we can see the rear of the device in full glory and can make out where the components will be placed.

The first thing to note is that Samsung is going with a dual camera setup on the Galaxy Note 8 which is a worthy point to note. We must also note that there is a slight bump in the camera housing which houses the two cameras and a heart rate sensor, and even the fingerprint sensor just as the Galaxy S8. 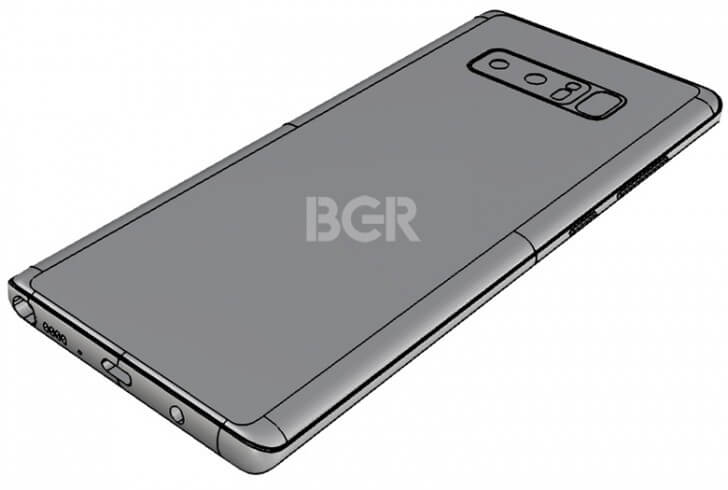 The Camera housing is having a slight bump and which might help us to locate the fingerprint sensor and keeping our camera sensors clean, by not accidentally smudging it.

From the front show, we can make out that the device is just like the S8 duo from the bottom, while from the top there is a tid larger bezel which houses the earpiece, camera, sensors, and logo. You might have also noted that the device seems a bit squarish from the front which is a symbol of the Note series, as if you have seen Note and S series side by side, you must have noticed that Note series is usually squarish while S being oval symmetrically.

Talking about the specifications of the phone, the device is said to be powered by the top of the line powerhouse from Qualcomm the Snapdragon 835, the said RAM for the device is 6GB which is kind of necessary for the number games in advertisements. The Note 8 is being said to have two 12 MP Camera out of which both will feature OIS which is kind of nice. On the software side, it will be equipped with Android 7.1.2 Nougat and will also receive Android 8.0 O update. 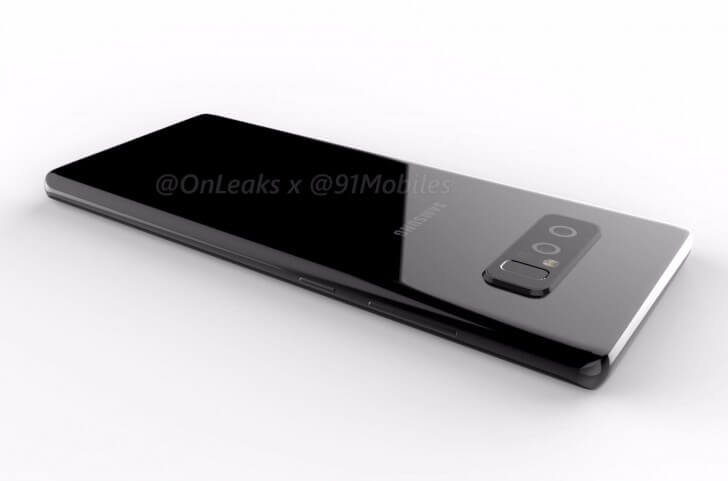 We will surely have to wait for Samsung to spill more information about the Galaxy Note 8 and hence do stay tuned to The Leaker for more.