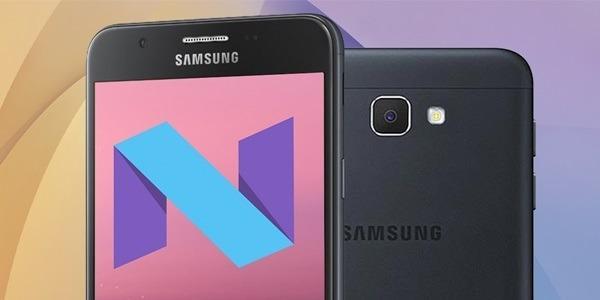 Samsung has been pushing the Android Nougat update on Samsung Galaxy J7 2016 lately to quite a few countries. Earlier a few days ago, the update made its way to the Indian Galaxy J7 2016 variant, and now it is hitting in Trinidad, Venezuela and all around in the Caribbean islands, for model number SM-J710MN. This same model number is suspected that Samsung is selling in the South American countries surrounding Brazil.

So, the J7 Nougat update may soon make its way to these countries as well, and the South-Korean giant is on a roll already pushing out the Nougat update; as soon as possible before users start asking for Oreo timelines. Meanwhile, the firmware version for the android Nougat update for the Galaxy J7 2016; arrives as build number J710MNUBU3BQH5 and weighing around 800MB.

Furthermore, this new flavor of Android brings many fresh features such as improved doze mode. For multitasking, split screen is implemented along with a completely redesigned notification shade and much more. Apart from that, bug fixes and performance improvements are included in this update as well.

As the norm, these updates arrive in phases covering small regions at a time and spread across the whole region slowly. So, if you haven’t received the pop-up yet just tap on Settings > About Phone >and then tap on System Updates to check manually. Also, make sure, you galaxy J7 has at least 60% plus battery in reserve; to avoid any sudden shut-downs while installing the update.

With this, Samsung has successfully delivered the Android Nougat for its mid-range devices, though they’re very late. Anyway, better than getting stuck on the same Android version forever.