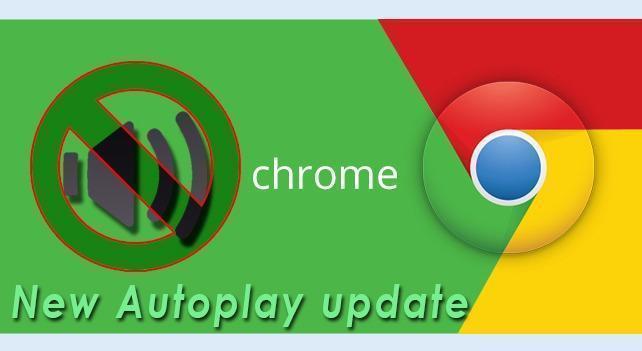 Google’s always keen on improving the user experience when it comes to the web, and now it has brought a major update with the newly announced Unified autoplay functionality that the company has implemented in the latest update of Google Chrome.

As we all know everyone browsers a lot of sites and most of this website have media in one form or another in them.And when users are browsing such sites, the media playback many times start abruptly without any confirmation causing inconvenience for users by consuming internet data and playing back unwanted audio.

Suppose if you’re in a Library and suddenly an advert about a product starts without your permission may cause embarrassment to you. To tackle this problem, Chrome will implement more granular controls over autoplay making a more consistent experience.

This new autoplay function will be deployed in Chrome 64, which will allow the users to control(start playback) the media as per his/her wish or either play it without audio. It will be unified on the desktop as well as on mobile; again making a consistent behavior across all platforms.

However, on the Chrome 63 version, this will work in a little different fashion; as not everyone has the same taste, this will have a mute option for Autoplay blocking. This feature will ensure that user is in charge on every website for his or her media behavior needs; and also the advertisers will be encouraged to have muted videos that have completely no audio, instead of relying upon .gifs.

Moreover, there will be a media engagement index (MEI), which would measure the media consumption by individuals, which will be a desktop-only feature for now. It will bring vital monitoring stats, resulting into accurate autoplay blocking. But it may have a greater playback threshold for media playback on Video-centric websites.

Thus, this concludes that Google is well aware of accidental unwanted playbacks over the internet and is taking proper measure to provide an overall better experience for its users. And also avoid any Chrome replacements on Apple’s iOS platforms as the Cupertino giant earlier announced autoplay blocking at WWDC.