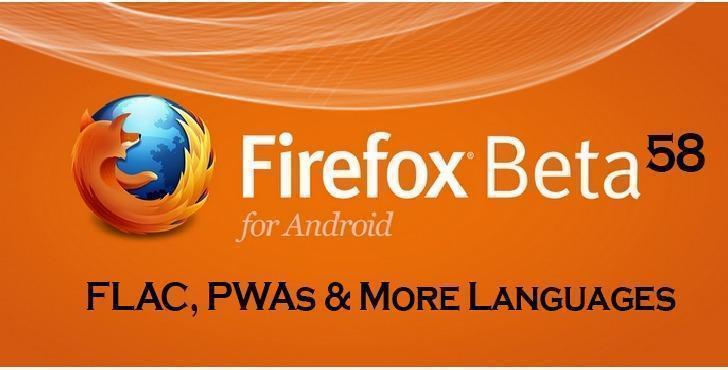 FireFox for Android is getting better day-by-day, and now it is on par with Google Chrome regarding features. Now in this latest release of the most famed Windows browser, it brings some amazing new features. And the first one among them is the PWA, which is called Progressive Web Apps. These are the hybrid installable Web Apps, and you can directly use them from your Home-screen. And in this latest Firefox 58 release, Mozilla has finally brought this feature in all its glory after its first appeared in the Firefox 48.

However, the apps cannot be added to your launcher’s App tray/Drawer, which is supported by its main rival, the Google Chrome. Sadly, as much as you gain new functionalities you also lose some and Firefox’s search widget now is gone and you can’t add it anymore on your home screen.

Other than this you now also get FLAC support, which is Free Lossless Audio Codec, which opens whole new possibilities to listen to super high-quality audio files within your browser. If you have high-end headphones, then this feature is just made for you, and even if you won’t you can find some FLAC music at these sites, HDtracks and Linnrecords are a couple of pop names known around the internet.

Moreover, a couple of bug fixes are also made in this version and other than that you get language support for Bangladeshi Bengali as well as for Nepali. Thus expanding the readability to users for more regions. The Firefox 58 is still a beta product and may have some bugs here and there, the stable version of the browser is expected to come next year in early January 2018.