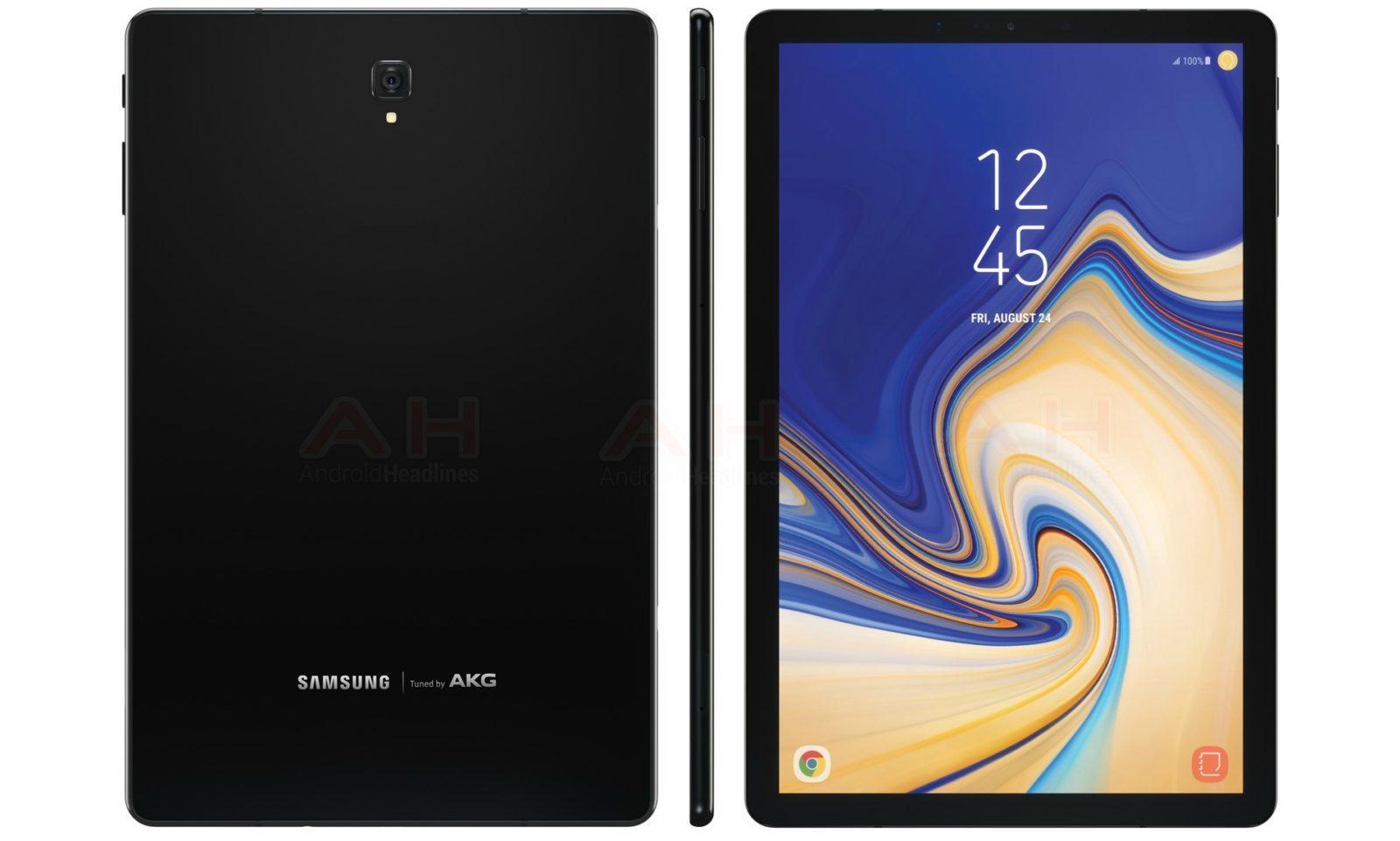 Yesterday, we were talking about the new Apple iPad Pro 2018 being all-screen and might have reduced bezels, and today a new leak regarding the Samsung Galaxy S4 Tab popped up showing us the new Galaxy S4 tab has got a makeover from the front with shrunk bezels and overall has a much sleeker profile. This front look is now much cleaner and also raises a few questions, and the first one is the absence of the home-button from the front, which usually houses the fingerprint reader.

Now you might think, it may be on the back, but that’s not the case, there’s no fingerprint sensor on the back either. Then this could mean that Samsung is either using the in-display fingerprint reader or just completely abandon the fingerprint sensor all together in favor of what looks like is an Iris scanner on the front top bezel.

While on the rear panel, you can see a camera paired with an LED Flash, and furthermore at the bottom, you can see a new branding which mentions, Tuned by AKG, which is Samsung’s expert Audio department which it got with the Harman and Kardon purchase last year. So, superior Audio quality is confirmed on the Galaxy Tab S4, which is a much-needed option for a device made for media consumption and to rival the Apple iPad.

Under the hood, the Galaxy tab S4 will pack top of the lines specs with 4GB/6GB RAM and 64GB/128GB storage. Powering it is a Snapdragon 835 chipset and 7000mAh plus battery. The device might get unveiled at IFA 2018 after the arrival of the Galaxy Note 9.