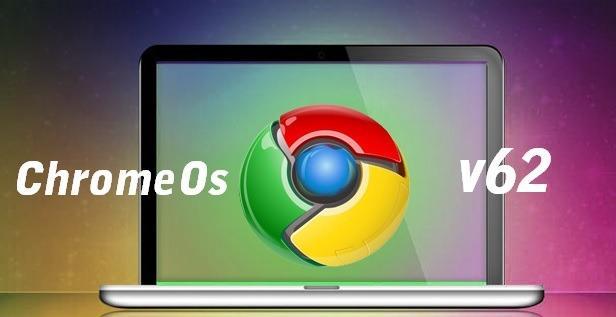 Chrome v62 update is rolling out for the Chromium OS; the latest update brings some fixes and improvements over previous Chrome OS 61 features. This update brings new enhancements to the file manager, along with that now you also get new notification design.

Apart from that, one more thing relayed to security is also fixed in this update, that’s about the KRACK exploit, which has affected millions of user’s Wi-Fi enabled devices to this vulnerability. However, once you installed this patch which contains captive-portal-detection and the ARC++ aspects, so you’re covered for now.

While on the other hand, the file manager is reported to work well with the touchscreen, earlier when you hold it for a long time the right-click menu use to pop, now with that you can also select other files, and can even drag it into folders.

Moving ahead, the new notification tray now incorporates more of a material design and looks closely resembles that of Android, rather than that of Chrome on Windows. Moreover, if you currently take a screenshot, you also get to see the preview and other actions on it, just like how it does on Android. Another thing that’s new here is that its now display’s icons for each app’s notification, making it easier to absorb. Overall the new update enhances the user-experience and fixes all the existing issues.

You can read more in detail about the whole release here on the Chrome official blog.