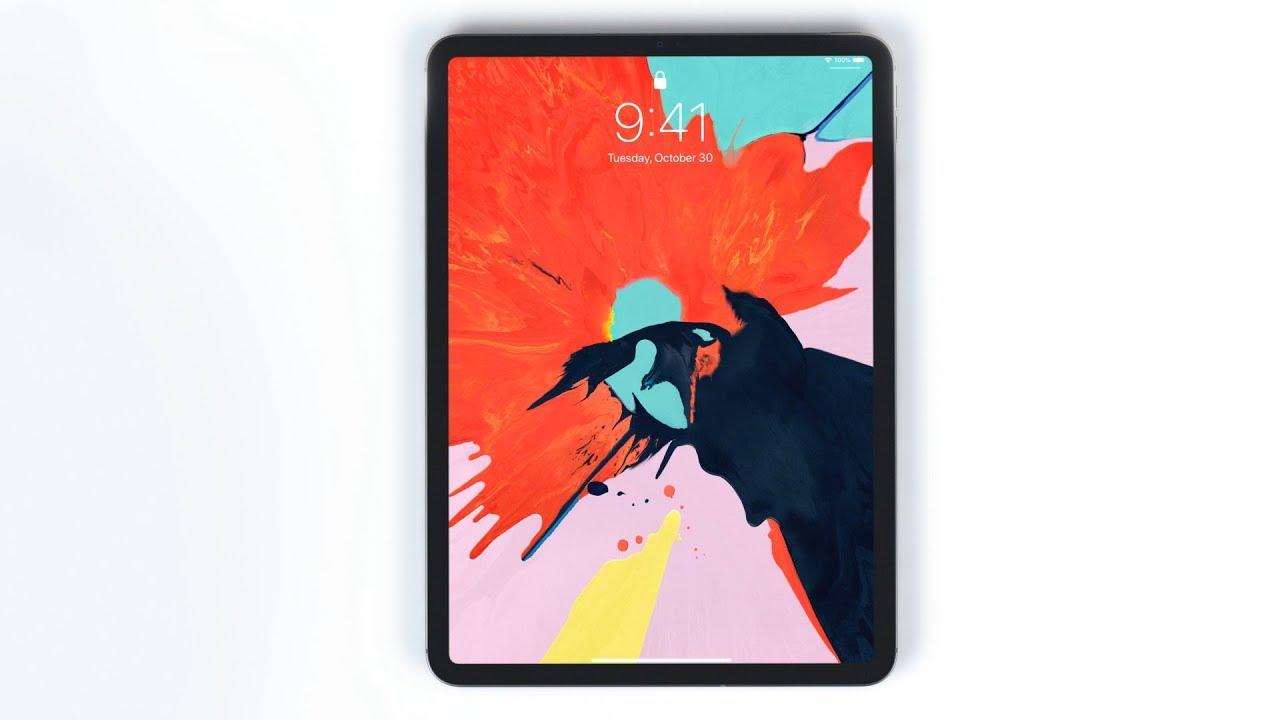 The iPad Pro is Apple’s most advanced iPad ever, and it is not an understatement at all. Apple iPad Pro features Apple’s A12X bionic chipset, which is Apple’s most powerful chipset ever. The iPad Pro comes with best in class retina true tone display and features everything you’d expect from the most expensive tablet on the market.  The devices were an instant hit amongst creators such as designers and artists, and for the first time, it felt like they could even replace a laptop, which is a huge feat. Last year’s Apple iPad Pro models changed the tablet game for good, which makes us all more excited as to what will their successor bring to the table. So without any further ado, let’s check out everything we know about the Apple iPad Pro 2019 or maybe iPad Pro 2020.

Last year’s Apple iPad Pro’s design was a big change from the previous year’s iPads. Apple ditched the iconic home button on the iPad Pro just like they did on the iPhone X, and it was a big payoff as it brought cool gestures to the iPad, which were much needed. Apple shrunk down on the bezels, giving the iPad a sleeker look while making it all more premium. When it comes to the design of the upcoming Apple iPad Pro 2019, we don’t think we’ll be seeing any major design changes at all. If Apple decides to reduce the bezels ever more, Apple would have to counter it with a very effective palm rejection technology which does not seem feasible at the moment. 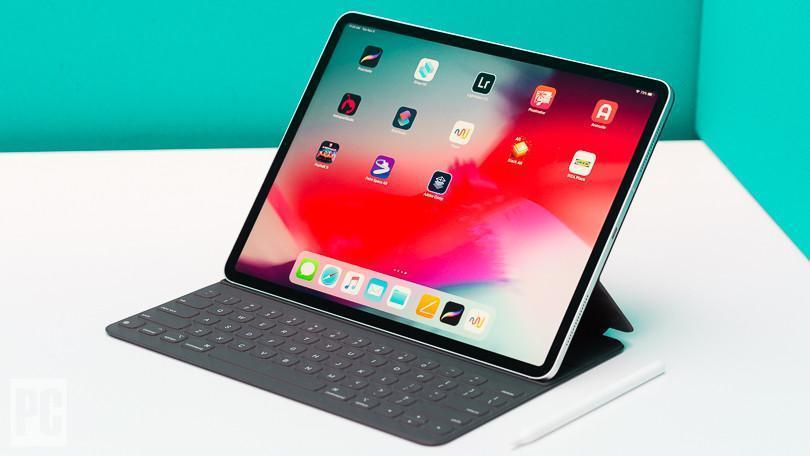 According to rumor, Apple will carry on the same designer and will be perfecting what already works. We can see some new colors just like we did with the iPhone XR, but that’d be it. When it comes to iPad Pro 2019’s design, we don’t think we’ll be getting any surprises.

Apple iPad’s display is what makes it great. The display is the USP of the Apple’s iPad series, and we expect Apple to put in the best display they’ve ever made in the upcoming iPads. As far as the reports are concerned, we’ll be again seeing an 11inch model and the 12.9 inch model with the same 120HZ display technology. There are reports of Apple bringing OLED panels to iPad Pro 2019, but that is highly unlikely as OLED does not come cheap and a high-quality 12.9-inch OLED panel is going to shoot the price of an already expensive device over the moon. 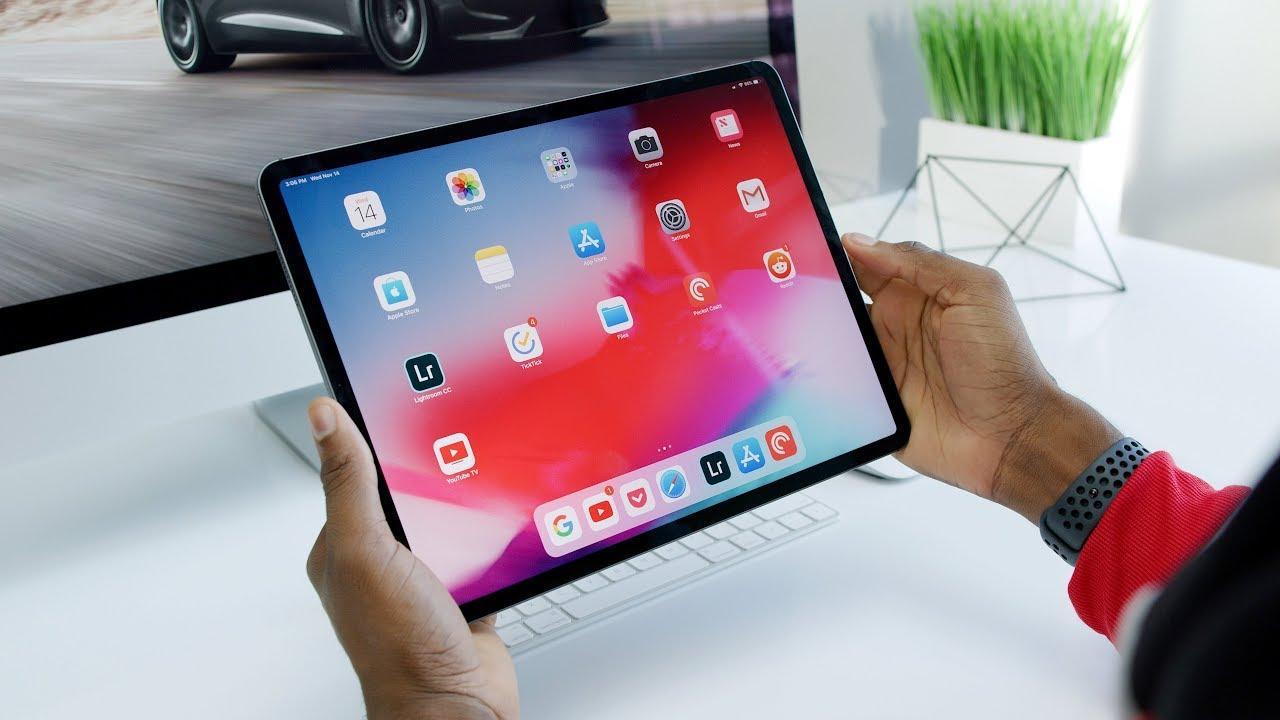 A credible source also suggests that Apple might ditch putting out two iPad models this year and go with a single 11-inch model. This news makes sense as the difference between the display size of the two iPad Pro model’s isn’t much, and the 12.9 inch iPad Pro isn’t flying off the shelves as we speak.

Apple is going to go all in again with the Apple iPad Pro 2019 when it comes to specs. We can expect an Apple A13x processor to power these devices. The A12X is already a powerhouse making iPad an overpowered device, so we hope Apple to not focus on increasing the computing power with these latest chipsets but making the performance more balanced and less of a pain on the battery.

We suspect Apple to ditch the 64GB storage model this time around and go with the 256GB, 512GB, and 1TB model. As always newer gen models will be better than last year models but the focus will to perfecting an already fantastic device rather than flooding it with specs. We will see the next generation Apple Pencil as well, with some cool new features.

There are also some rumors which suggest that Apple will skip the iPad 2019 and will launch the new iPad in the year 2020 with 5G connectivity and modern hardware to compete with the Ultrabook market.

Apple iPads are the only tablet devices in the market with a decent camera. It may not be as good as some of the latest iPhones out there, but it is still good enough to get the job done. The Apple iPad Pro 2019 will feature a 12-megapixel camera with ƒ/1.8 aperture just like the last year models. There will be a five-element lens with a Quad led true tone flash as well. On the front, we get a 7-megapixel camera with support for portrait mode and portrait lightning, and we expect the same to come in the newer models as well.

The only change we can see from last year’s models when it comes to cameras is that Apple can bring the much requested OIS ( Optical image stabilization) to iPad Pro 2019.  The current iPad Pro features something called as the Cinematic video stabilization which does a decent job, but it’s still nothing compared to a dedicated OIS, and we’ll expect Apple to finally give people what they want with the upcoming iPad Pro.

Apple iPad Pro is one of the most expensive tablets on the market, the device comes with best in class hardware and is made of premium materials resulting in an $800 price tag. According to sources, the iPad Pro 2019 models will have the same pricing as the current ones. There won’t be any rise in the price tag.

Please let us know your thoughts about the upcoming Apple iPad Pro 2019 in the comment section down below.