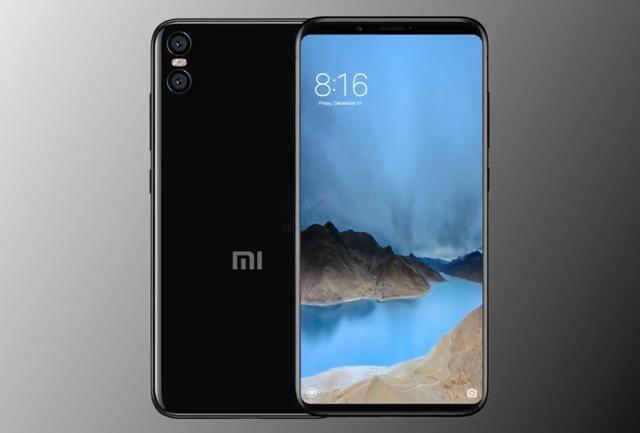 Xiaomi’s Mi 7 is the one the most awaited smartphone along with its budget duo(the Mi A2 and the Redmi Note 5), and we have seen many rumors of the phone along with some concept renders as well. But now a new image leaks emerged online confirming most of its key specs.

This new image leaked is a screenshot of the device running on MIUI 8.1.30x, that might be taken someone who has had hands on the phone for a small period. So, starting with the specs, getting the obvious ones out of the way, the device will be powered by a Qualcomm Snapdragon 845 and will be paired with 8GB RAM and with 128GB built-in storage.

Now coming towards the new juicy stuff that got revealed is as follows; a massive 4480mAh battery which is a slightly less from the 4500mAh from the Mi 6 Plus, but a significant upgrade if compared to the standard Mi 6 which had 3500 mAh power pack. With that said, the if Mi 7 Plus happens we could see the battery passing the 4500mAH mark.

Moving further, the Mi 7 will have the trending 5.6-inch 18:9 aspect ratio display, which carries a Full HD+ resolution. While the phone’s Plus variant could have a Quad-HD panel. Moreover, the Mi 7 will sport 16 MP dual-cameras on the rear, accompanied by an LED flash.

However, it is still unclear what the new cameras might do, other than those excellent Bokeh shots, that everyone is doing since last year. Apart from that, Xiaomi is also expected to launch a new AI assistant with its upcoming flagship. While the device itself is supposed to be unveiled at a sperate event, which could be before the MWC 2018. Speaking about the MWC 2018 Xiaomi might launch the Mi Mix 2s as per previously seen rumors.