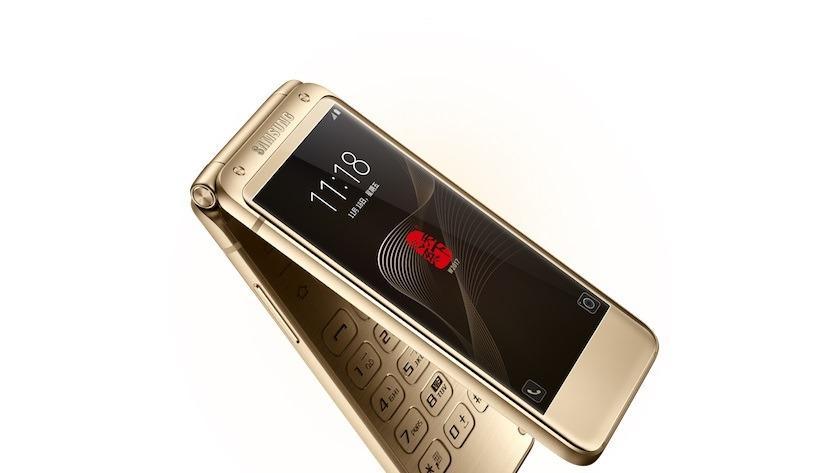 A lot of leaks and rumors are there on the internet about Samsung’s mystery smartphone codenamed as the Samsung W2018; it has been more than 2-3 months since the leaks about the smartphone last surfaced online. It is not a traditional smartphone, it is a great smartphone and is targeted to a specific audience group. It is a flip phone, and we know that there was a time when a flip phone was one of the most expensive devices but currently hardly any flip phone user can be spotted. Now let’s check out new leaks and specifications of the device.

W2018 is not an official name for the smartphone as Samsung is a brand which carries its Android devices under the Galaxy-series. Recently the device appears in a Youtube video, and the design of the smartphone got leaked, we are unable to decode the complete information about the device as it was in the Chinese language. As per the video, the device has a Metallic design and which looks quite satisfying and premium.

The unique feature of the device is Dual-Displays as shown in the video, the phone has a display on either face of the flip part. The device offers some themes as it is based on the latest Samsung Experience and offer touch capability on either of the panels.

The outer part also houses a set of physical navigation buttons. As per the leaks, the device will not house a 3.5mm jack for audio and is rumored to come powered by the latest Qualcomm Snapdragon 835 SoC. The speakers are present at the bottom.

There is a Camera module along with heart rate and Fingerprint Scanner in the rear. It has a backlit physical keypad as well. For further information about the device, we have to wait for its official unveiling.