The time when the Samsung Note 7 was launched, Speculations about the Upcoming flagship Samsung Galaxy S8 from the house of Samsung started brewing in everyone’s mind. And today with the help of certain rumors we are going to take a look at what the next Samsung Flagship will offer.

Currently, there is no confirmation about the dual-camera setup. However, recent rumors suggest that only Plus variant will feature the dual camera setup. 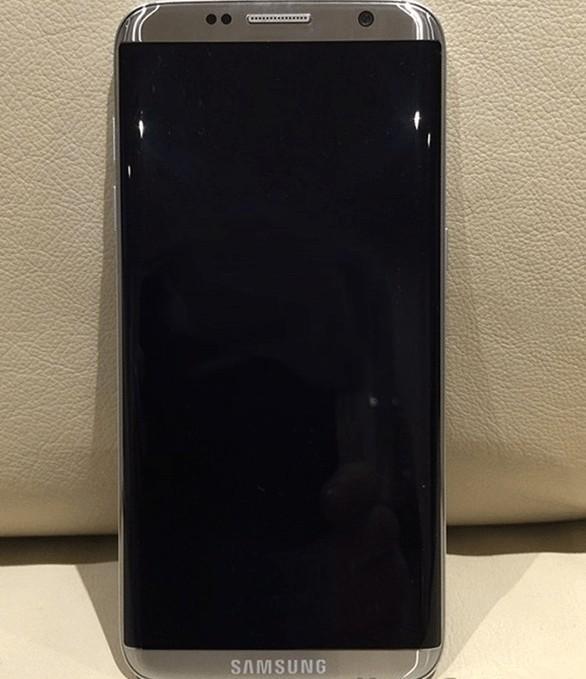 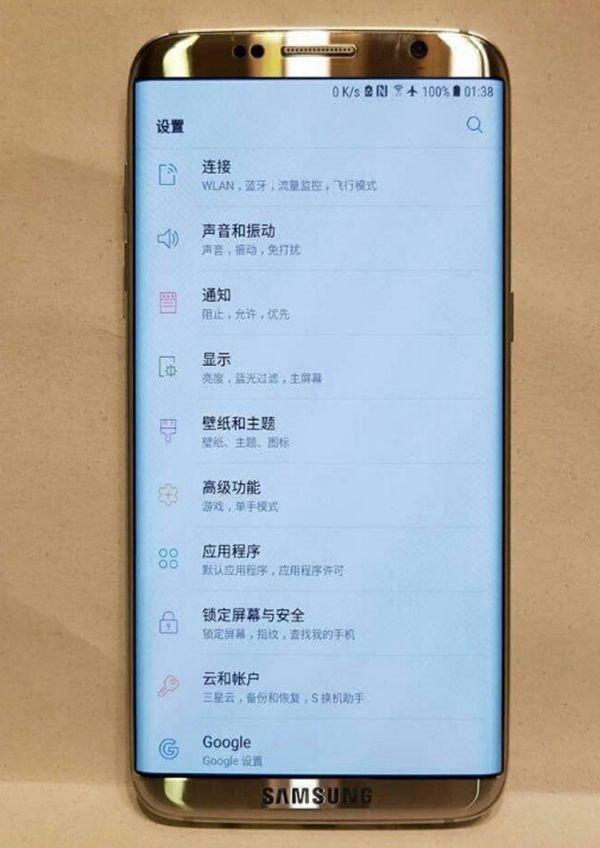 Samsung Note 7 is arguably the best android device right now on the planet and so the expectations about the upcoming models that is the Samsung Galaxy S8 and Galaxy S8 Plus are going to be bigger than ever and Samsung also has planned enough to not disappoint their users by introducing Some major feature updates and best in class hardware for the upcoming flagships.
Samsung’s Galaxy S and Note series have been the backbone of the Samsung mobiles and Samsung aren’t going to play any cards wrong when it comes to the upcoming flagship of the S series. According to recent data Samsung Mobile’s most of the profit comes from these 2 series.

The Samsung Galaxy S8 Plus is going to be the next entry in the Samsung’s line of curved display phones, with the huge success of The Samsung Galaxy S7 edge, Samsung is all ready to dominate the phones market once again by providing some amazing features which will make good use of the curved screen of the Edge series. Samsung will do this because some users do not want to buy a curved display phone. Recently, the introduction of only curved Note 7 made fans a little bit disappointed. 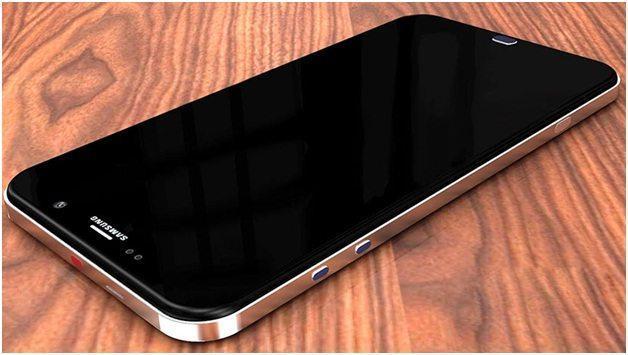 Rumour mill has already started buzzing about these upcoming beasts even though there is still a lot of time before their official release. The obvious rumors suggest that the new phones will have a faster and more efficient processor, best in class camera, enhanced and latest features, and several more under the hood changes to increase the user experience to a greater extent. 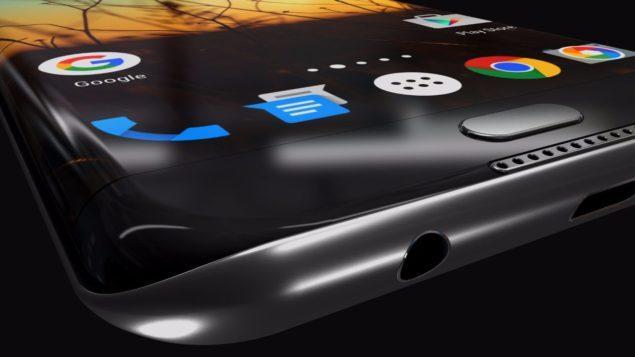 The Galaxy Note 7 is winning praises all over the globe for its Tough yet elegant built (Given The Title of Most beautiful Phone of 2016 By the Telegraph UK) and Mind blowing Specifications, The S pen is better than ever and is taking the Smartphone productivity to the next level. So it’s Quite Obvious that Samsung will try to up its game when it comes to the Galaxy S8. 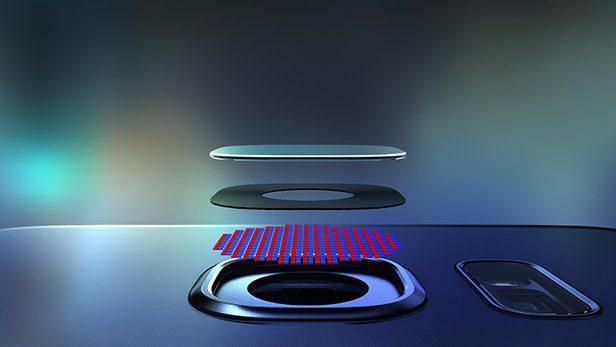 The camera is going to be the USP of the S8 with improved Lens setup, was leaked recently. Improved HDR, and more megapixels on the back and the front, it will surely make its way into the pockets of photography lovers. It is quite obvious that the phone will be unveiled with Android 7.0 and a new version of touch wiz running on top.

It is no doubt that the Samsung Galaxy S8 and Samsung Galaxy S8 Plus are going to be feature packed phones, The main concern for Samsung here is to improve user functionality and Samsung is going to introduce several features which will help in increasing productivity while taking in care the security aspect and also enhancing the overall smartphone experience for user.
Features like IRIS scanner are likely to be introduced which will take the security to the next level, the phones will be water and dust resistant and several software features such as android pay with the integration of improved Samsung Pay.
The Samsung Galaxy S8 Plus will take benefits of its curved edges and features such as one touch notifications and news with Google Now integration can be expected. Also, several hand gestures will be packed onto the S8 Plus to increase overall productivity with the help of a curved screen. 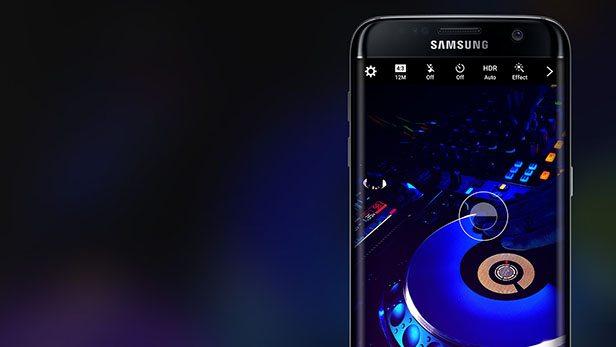 As we know that both the Samsung Galaxy S7 and S7 Edge featured a 2k Super AMOLED 5.1” and 5.5” displays respectively. Recently an independent study shows that 5.5 inches display size is the most demanded display size on smartphones. So it’s expected that the Galaxy S8 will feature either a 4k 5.2” inch panel or a 5.5” inch screen, the new devices will be launched with a screen resolution of 2160* 3840, The Galaxy S8 Plus will likely be a phone with 5.5” Panel Along with curved edges.
The Screen will be richer in colors, will feature better pixel per inch and have a better resolution as compared to its predecessor. You can expect outstanding experience from the display cause of 4K panel.

Galaxy S8 And Galaxy S8 Plus – PROCESSOR And GPU

The phone will be running most probably on Snapdragon 835 for US variant and a new Exynos 8895 processor will power the Non – US version. As far as we know the new Exynos 8895 SOC has been also imported in India recently.
A newer Adreno GPU will handle All the Graphic intensive tasks such as High-End games etc.
Note: Exynos 8895 will be made on a 10nm node. Hence, this has the potential to take huge leap forwards in the mobile industry.
One can expect some serious performance from these phones as Samsung isn’t going to shy away when it comes to processing power, Multitasking will be smoother and the phones will be faster and power efficient too at the same time.

Another rumor suggesting that Galaxy S8 and S8 Plus would feature Turbo Speed Technology. However, it will be available as an option which means you can enable and disable it. Samsung Turbo Speed technology makes RAM available for when it is needed the most.

It declutters RAM so that it is available when the user requires it. In this way, you have more available RAM without the need of any additional memory. When you close an app the technology will Kill the app process on Kernel level to ensure more fluid performance. Currently, the technology is used in Samsung J2 Pro smartphone.

The phone will be available in two options when it comes to ram featuring 4GB and 6GB ram as an option, along with 3 Storage options in the form of 32GB, 64GB, and A 128 GB version.

6GB RAM will handle all the tasks given by the user easily and storage won’t be a problem with internal storage up to 256GB with an option to expand it via Micro SD card. It is also rumored the smartphone may feature UFS-1 Card slot. 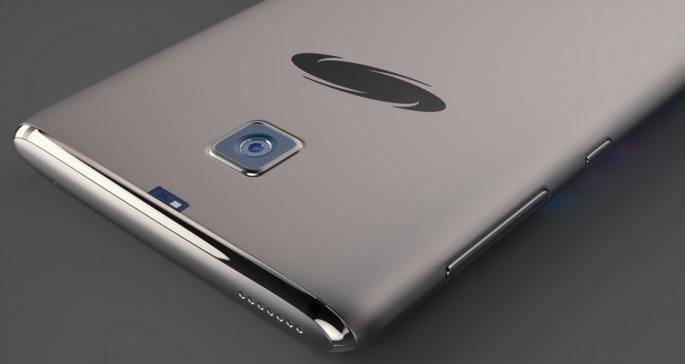 It is highly likely that Samsung is going to follow their annual release schedule, The Galaxy S8 and S8edge will be released on the same day globally with Asia being the first continent to watch the unveiling of the Galaxy S8.
Samsung has been releasing its flagships in the month of April every year for many years now.

A rumour suggest that the people of South Korea, China and japan will be the first one to get their hands on the Galaxy S8 in the first week of April 2017 and the people from Europe and the USA might have to wait till the 2nd or the 3rd week of April before they can lay their hands on this beast.
There is also a fair chance that we can see the official launch of the Galaxy S8 and Galaxy S8 Plus a lot earlier with a rumor suggesting that Samsung has been preparing for a launch in the MWC ( Mobile world congress) which takes place in the Mid- March 2017.

Samsung is eager to launch their latest phones out into the market before the competition comes up with something challenging and with better hardware and software.
As soon as there is an official Announcement from the house of Samsung we will update our readers with the same.

AT A GLANCE – SUMMARISING ON WHAT WE KNOW SO FAR

There is still a lot of time until Samsung officially announces anything related to the upcoming Galaxy S8 and Galaxy S8 Plus but the rumor mill is going to be buzzing a lot till the time Samsung officially unveils the handset.
With huge competition from the likes of Chinese Smartphones brand and From the Premium brands such as Apple Inc, HTC ,LG, and Huawei. The Samsung Galaxy S8 will have to Face a lot of challenges to Make a mark for itself and Samsung in the Smartphone market where the technology invented today becomes obsolete the day after tomorrow.
Now here is a roundup of the article with all the Specs and features summarized for readers ease.
However, the release date or anything official hasn’t been announced by the Samsung there are a heck lot of rumors surfacing on the internet which gives us an overview of what might the next Galaxy be when it comes out.