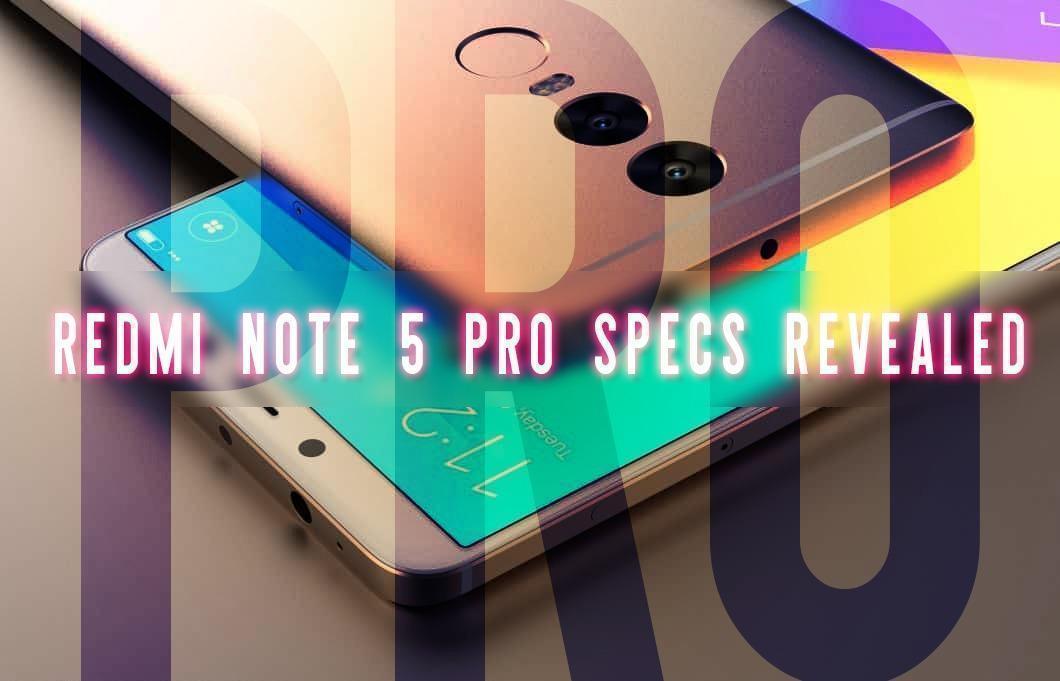 Xiaomi is planning to unveil a new smartphone on 14th Feb at an event in India, and the highly anticipated Redmi Note 5 is expected to debut at that event. Interestingly a source on Twitter pointed out that along with the standard Redmi Note 5 variant; the Chinese OEM will also launch a more premium variant of the Note 5 namely the Redmi Note 5 Pro, which will have a mild spec bump over the conventional device.

Now according to this tipster, the Xiaomi Redmi Note 5 Pro will feature a 5.7-inch or a larger 5.9-inch Full-HD plus display (1080 x 2160pixels). Along with this he also reveals the most noteworthy detail that’s its processor that takes the responsibility under its hood, it will be a Qualcomm Snapdragon 636 which is an absolute beast when it comes to power and efficiency. The Snapdragon 636 is based on Qualcomm’s Custom Kryo 260 cores and has 30% or more performance compared to the Snapdragon 630.

Another more interesting thing here is that the Redmi Note 5 Pro variant will also get an additional 6GB RAM option, but the storage remains the same at 64GB, which is more than enough for this price segment. However, the Hybrid solution for the SD-Card and Sim seems like its going nowhere with this one.

Unfortunately, the Redmi Note 5/5 Pro will run on Android Nougat 7.0 even in this age, but the custom skin version gets a bump to MIUI 9.5. Which should be updated to the MIUI 10 or MIUI X in the coming future. Lastly, Xiaomi is also expected to launch a new smart Mi TV as well along with its hero budget devices which are getting ready to hit another record in India.