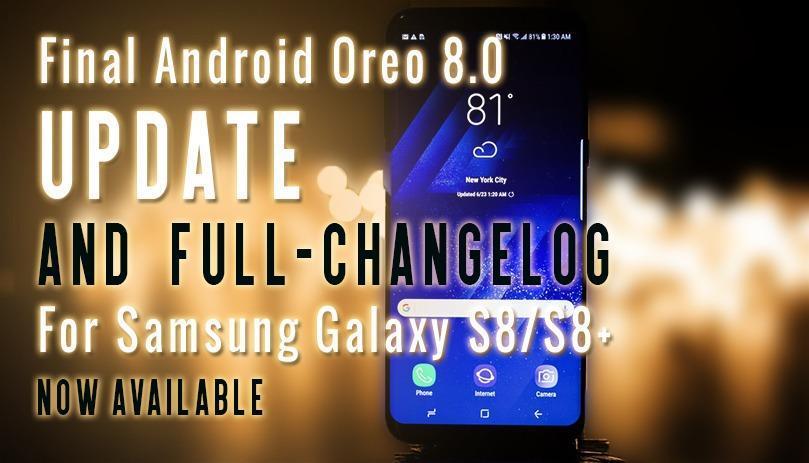 Samsung after rolling out a bunch of Android Oreo 8.0 beta updates(4 to be precise) for the Galaxy S8 series has, at last, started pushing the stable version of Android Oreo 8.0 update, which comes disguised as Samsung Experience 9.0; after getting enough feedback from the users. The update is currently confirmed for the Asian as well as European regions and soon may expand to other areas as well.

Interestingly, this update comes with a build number as CRAP, is that a hint that this might be unstable? Maybe, but that is a wild firmware build ID. Moving further, Samsung also releases a complete changelog of this latest build, and it includes the following things.

Samsung now puts more emphasis on using a Screen-lock such as a pattern/ a pin or passwords when using the advance Biometrics features. It will only be enabled if you the pattern/pin/pass any of this type of screen lock set up, and if you haven’t it is recommended you do so or else the Biometrics won’t work.

The services running in the background will be limited to gain more battery life and system performance. Moreover, apps that were used currently will be shown in the notification panel.

Lock Screen and Always On Display

For complete details on specific model’s changelog, just visit this link here and scroll down to the bottom section.