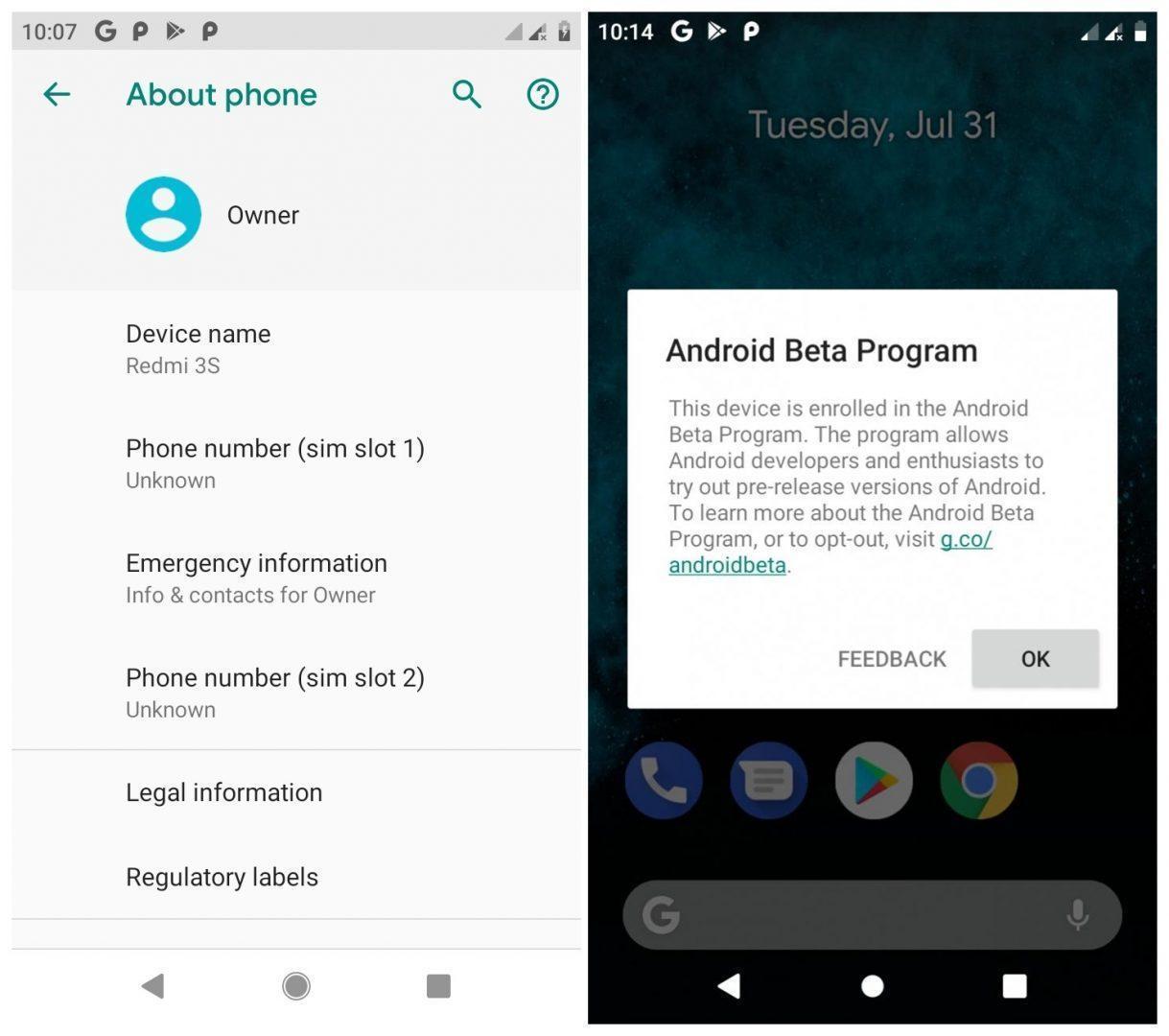 Google’s latest version of Android which still doesn’t have any official name yet and is still recognized as Android P 9.0, is almost around the corner and currently, it is in its 4th Developer Preview stage. And by the end of August, it should reach in its AOSP form. However, before that happens developers have taken the matter into their own hands and have started booting the raw Android P 9.0 OS in some devices and now Xiaomi’s Redmi 3S get the same.

Xiaomi Redmi 3S is a budget device and costs under $180, and a talented developer from XDA, who rolls by the name Azzkaran have successfully booted a ported version of Android P 9.0 Developer Preview 4 on the handset. And you can see in the screenshot shared by the developer the new Android P launcher and the navigation buttons.

We also hope the new gesture navigation also works on this one and so does all other essential elements to use this ROM until the official one comes out. Furthermore, you also get the latest July 5 Security patch baked within, means you’re safe on this front. Besides that, the procedure (guide) on how to install this ROM on the Xiaomi redmi 3S is not out yet, and that should also come out pretty soon.

Lastly, it is advisable that, not to try to install this on with regular methods, until the developer comes up with the complete procedure. You can find all the related content for the same in the link given below to the original post on XDA.