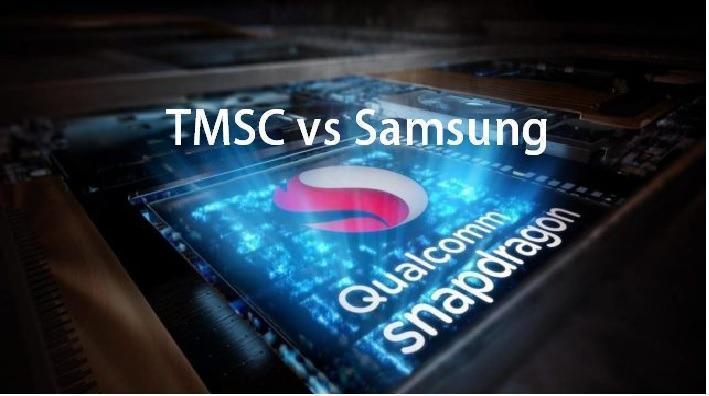 Qualcomm already announced its Snapdragon 845 chip which will be powering all the major flagships of 2018 but now we are already having information about the next Snapdragon chip that’s the Snapdragon 855. However, the news is somewhat unusual as Qualcomm has decided to switch to TMSC, who is another big player in the semiconductor market and will be used by Qualcomm to manufacture the next high-end Snapdragon 855 on TMSC’s 7nm manufacturing process.

This means that Samsung’s business will take a huge hit, as Samsung was the primary manufacturer for Qualcomm, and this job will be handled by TMSC. Which is a win-win for the Taiwanese firm, as it also has orders from Apple as well, so the business will grow even more for them? However, this is just a temporary move from Qualcomm, as according to recent reports on the same, the American chip-maker will again go back to Samsung in 2019-2020, because till that time Samsung will get its 7nm die perfected.

So, this temporary move from Qualcomm isn’t all that is worrying about Samsung, but the coming years we will see a Snapdragon processor from TMSC going head to head with Samsung’s Exynos chip. As there will be some difference, or is this because TMSC has that sauce that makes Apple’s chip so great, even Huawei uses TMSC’s 7nome manufacturing process for its beefy Hi-Silicon 970?

And Qualcomm needs that reliability, which currently only TMSC can provide for now, and we have already seen that the SD 845 still lacks that power punch of the A11 Bionic. This move might also be taken as the new gen chips will have the burden to handle AI, as that will be the next big thing in 2018 and 2019.