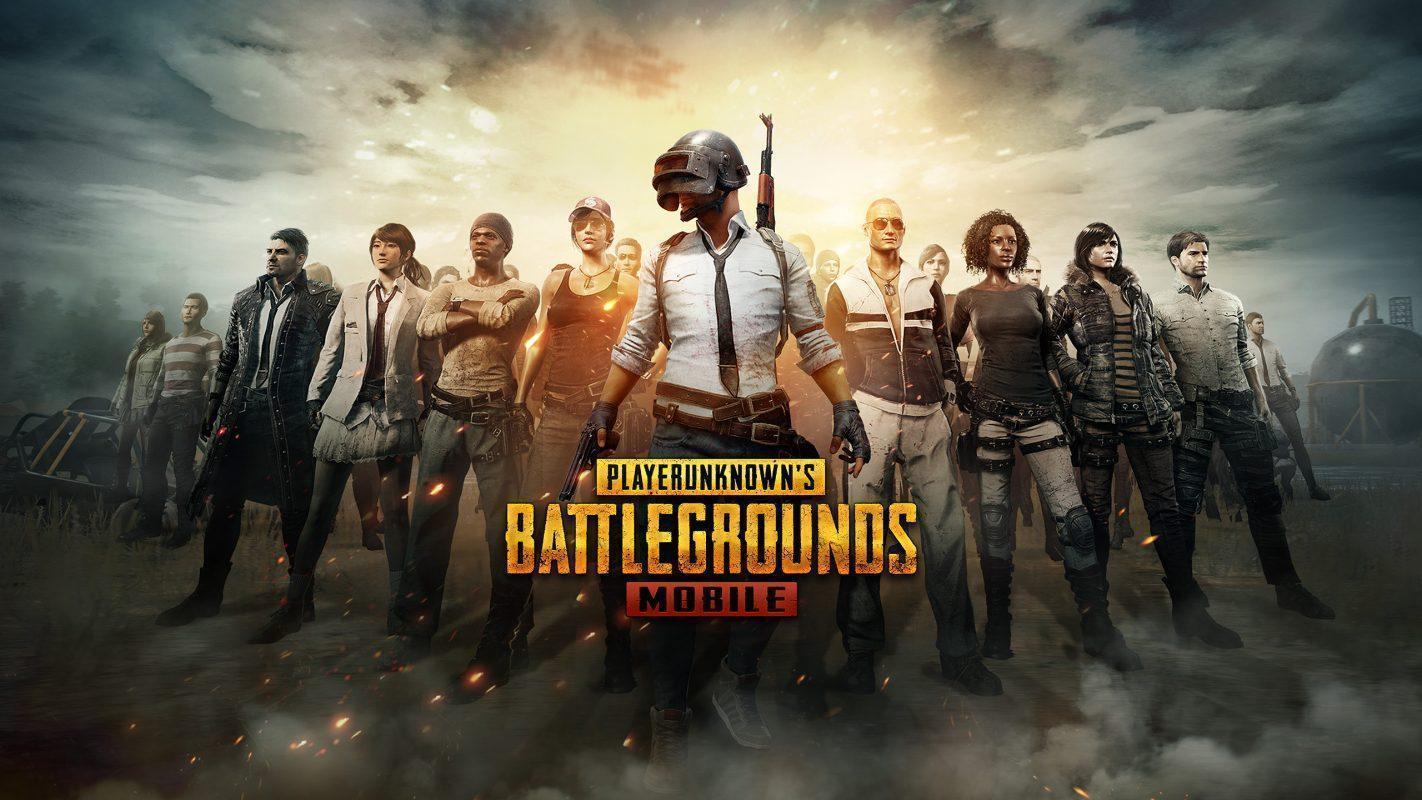 PUBG (Player Unknown’s BattleGround) is the world’s most popular game right now. Players worldwide are raising their adrenaline level high by playing the PUBG on Android, iOS, or even PC. Its smooth gameplay experience, phenomenal user interface, and incredible innovative gaming features have raised the experience’s bar. Within just three months after the launch, PUBG became the heartthrob of the millions of players. The Tencent group developed it, and PUBG Corp, a Bluehole subsidiary, published it. Earlier it was only available for PC, which costs $29.99; with Bluehole negotiation, it was brought to the mobile platform, officially known as PUBG Mobile for iOS and Android, for free.

Despite being offered fantastic features on PC with nominal fees and free download on Mobile platform. With over 100 million downloads and 4.5 ratings on Android and iOS, it is currently the top game under several genres. PubG Mobile version awarded “Best Game in 2018” & “Fan Favorite Game of the Year” at Google Play Awards organized in December 2018. Must read our in-depth guide on PUBG Mobile on PC.

To give everyone a better gaming experience, PUBG MOBILE will be pushing out updates starting from May 11. The server will not be taken offline for this update. This update requires 660 MB of storage space on Android devices. The iOS version requires 1.67 GB. Please note that players on different versions cannot team up with each other, so please update as soon as possible. 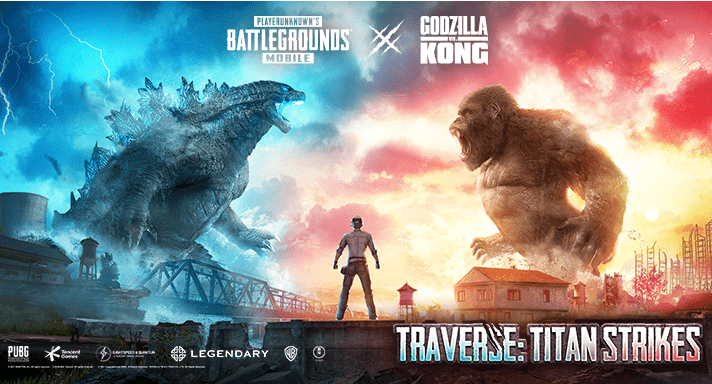 Mysterious Titans have struck, and monsters from beneath the earth’s surface are rising and forming settlements! Experience the shock and thrill of seeing the Titans up close on the map! There are three mysterious Titans in total that can be found on Erangel, Sanhok, and Livik. An entrance will appear on the map once the gameplay is available. Select the entrance to start the gameplay.

The Titans will first make a spectacular entrance on Spawn Island. After combat begins, the Titan will start moving along a random path across the map and interact with the newly added camps and monster settlements. Take your time to explore these new elements, including the camps of the Apex Expeditionary Army, monster settlements, and Titan Crystals! 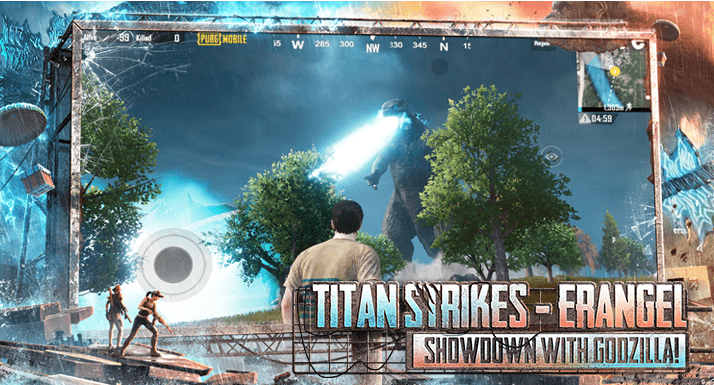 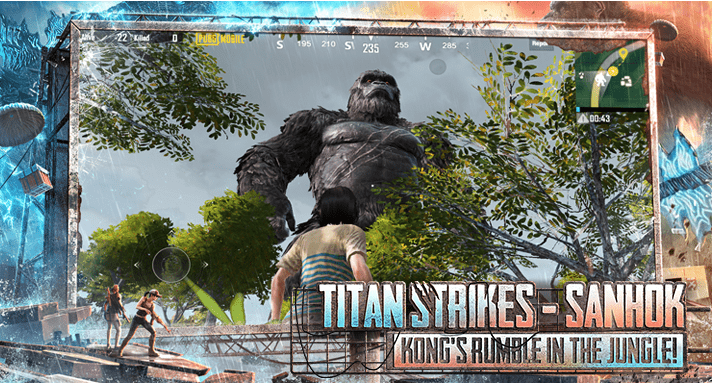 And so many more and more and more changes in the game. You can read the full changelog of the massive PubG Mobile update here on the official PubG mobile website. 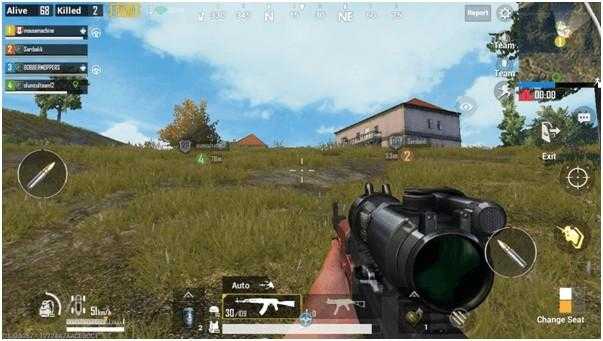 What is in the PUBG Mobile – If you are one of the noob players who does not know how to play PUBG on mobile? Let me tell you, playing PUBG Mobile is simpler. This game is played with the theme of the “last man standing” gameplay and inspired by the movie Battle Royale. You can play as a single-player, duo, and with your squad of 4 persons in the game. You can either pick random players from the online community or pick your known friends to play with your squad. One hundred players join the war on the battlefield lay on a deserted island after being dropped from the plane.

You must have heard the name POCHINKI, a favorite place on PUBG Island. After the drop, players have to collect different weapons, war equipment, and other things to kill other players and save themselves from being killed. There is a safe zone area that will shrink over time; according to that, players have to play in a smaller area and kill other players. The last surviving player will become a winner, famously known as “Winner Winner Chicken Dinner.”

You can download the latest version of PUBG Mobile APK and Data files for Android from the mentioned links. We update the links with every new update. If you are an iOS user (iPhone and iPad), then the official AppStore link to download the PUBG Mobile Game is also attached below.

Download PUBG Mobile 1.4 APK + Data (OBB) [Now the PubG Mobile APK and DATA (OBB) file has been combined, so you only have to download the APK and install it like normal APKs.] 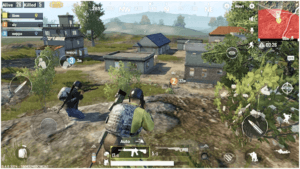 Graphics of the PUBG Mobile are one of the main reasons for which players are going gaga over. Although playing PUBG on the PC or Consoles can’t be replaced by the mobile playing experience. But Tencent has rendered a beautiful job by providing amazing graphics on the mobile platform. The performance of playing on iOS and Android is different from each other. The icons on the game are easy to handle and user-friendly. Even a noob player can learn the game within a few times and can beat pro players. The game starts with a plane carrying 100 players. And then players have to choose a landing point. Upon choosing the spot, players will be dropped with parachutes.

The designed house, grass hill, car, river, bridges, vehicles, roads, and other minor details are beautifully presented, giving a real-life experience. Apart from the visual effects, the sound experience is also phenomenal. Playing with your headphones will add the gameplay experience even more intense. 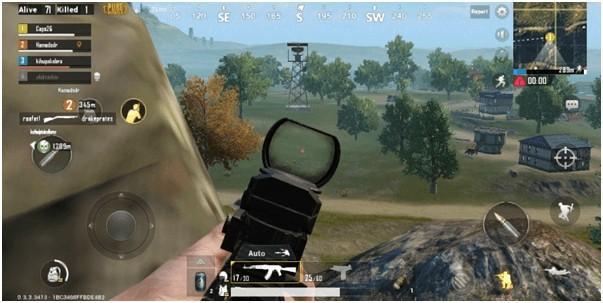 Weapons, equipment, and items are much like 100% original. War items like war helmets, armor jackets, and bags are divided into three different levels. The higher and harder the level, the more items you get. Energy drinks and medical equipment can heal and accelerate performance. In all three modes: single-player, duo, squads, the performance, and speed of the death circle will be much faster than the original.

The PUBG Mobile version adds many new mechanisms like making friends with people, climbing the rankings, event prizes, daily bonuses, and so many others. Officially, the PUBG app is about the size of the 39 MB on the Google Play store and the other 554MB of data. 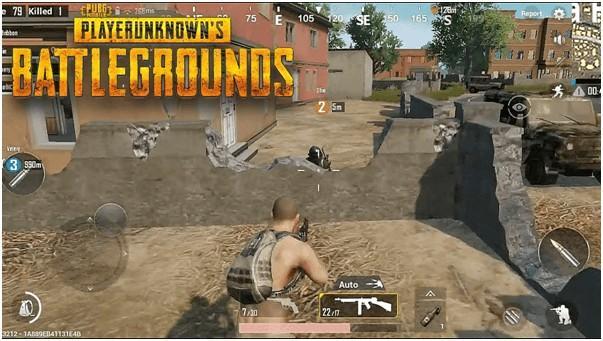 With the advanced features and beautifully designed graphics, the gameplay experience of PUBG mobile on iOS and Android devices will become more adventurous. Live sound, highly detailed graphics, weapons, and adventurous vehicles make you more addicted to the game. The one thing we like about PUBG Mobile is the auto-loot items, auto-opening feature; on PC, the player has to press F to open the house doors or pick up a piece of furniture. In PUBG Mobile download on Android and iOS, players do not have to make any special gesture since the game will do it for you automatically. Shooting and moving in the game are comfortable with the virtual navigation keys on the screen. Activities such as jump, reload, sit, the drink can be performed with a small virtual key on the screen. Players can easily control the game, and players do not have to remember any shortcuts like on PC games.

We have tested the PUBG Mobile on the Android phone and iPhone 7 plus; the gaming experience is a little more excited on iOS devices. On the iOS device, you can download the game from the link given above for PUBG iOS download from the Apple App Store. To download PUBG Mobile APK and data (OBB), you can click on the link provided above, saying, “Download PUBG Mobile APK + Data.” Some say playing PUBG on some Android Phones creates heating problems. But with the latest release and all the glitches and other problems are fixed. In the latest update, PUBG teases Night Mode for Vikendi Map. Some awesome patch and PUBG snow maps are being developed. All these features are in the testing process and will soon be added on PUBG mobile for Android and iOS devices.

So now, you can download the PUBG APK and data for Android and iOS within a few clicks from above and win Winner Winner Chicken Dinner.