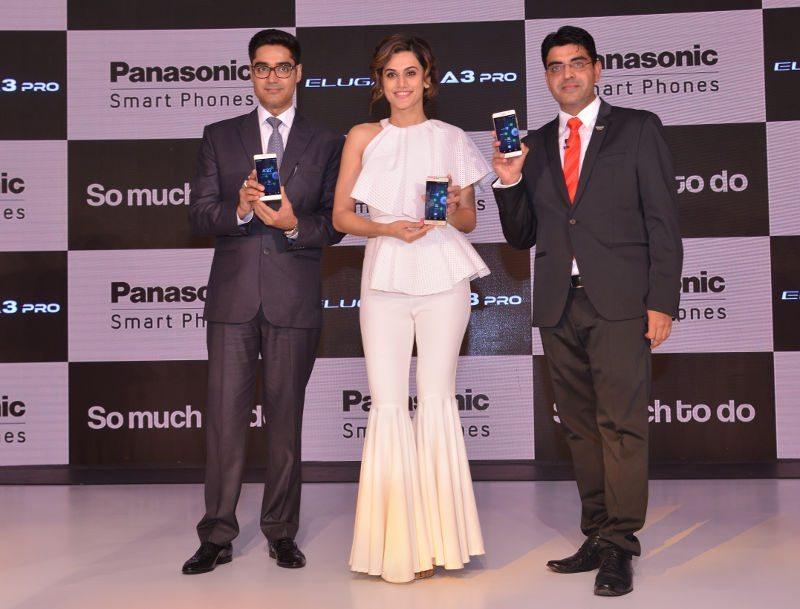 Panasonic today launched two new budget android phones in its Eluga lineup of smart phones. The Eluga A3 and the Eluga A3 Pro are both budget oriented and specially made to cater the ever growing Indian market. Earlier reports have already pointed out that smart phones in India, are mostly sold in the $150 to $200 price bracket. Thus, Panasonic’s new phones the Eulga A3 will retail for Rs.11,290 INR ($176 US) and the Eluga A3 Pro at Rs.12,790  INR ($199 US).

The new devices look like a typical Chinese device which we have these days, with all metal uni-body design. Circular camera sensor shape along with both Panasonic and Eluga branding; while the finger print scanner mounted at the rear of the device. The specs of these devices are quite similar except the processor, which is from the house of MediaTek.

The A3 uses a quad-core MT6737 soc with a clock speed of 1.25GHz, and the A3 pro runs on octa-core 1.3GHz processor that’s the MediaTek MT6753 chipset. Both devices have a 5.2-inch 720p HD display covered by Asahi Dragontrail glass. Instead of Corning Gorilla glass that is more popular. In the memory department we have 3GB of RAM each but while the A3 has 16GB storage; while the A3 Pro doubles the storage and comes at 32GB of expandable native storage.

However, both of them are equipped with 13 mega pixel cameras on the rear. Which uses phase detection auto-focus and an 8MP front selfie snapper is present. The Duo has a massive 4,000mAh batteries each and dual-SIM facility. In addition to this on the software front, they both run on Android 7.0 Nougat. And come with ARBO, which is Panasonic’s take on Virtual-Assistant; seems like we don’t get Google Assistant with them.

The Eluga A3 and the A3 Pro will face fierce competition from the likes of Xiaomi’s Redmi Note 4, Lenovo K6 power and the Moto G5 Plus in the Online and Offline markets.