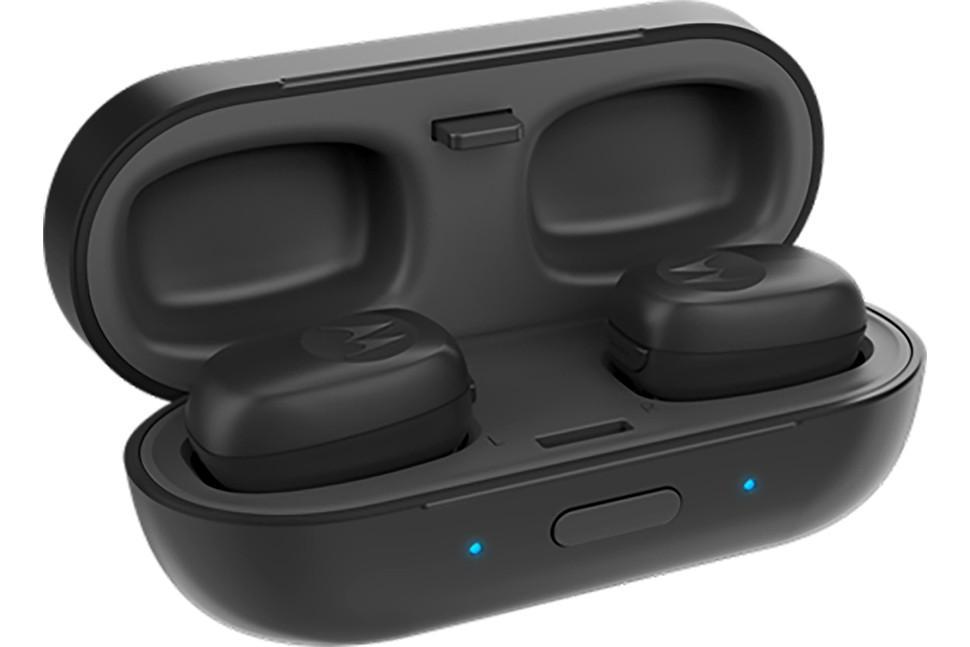 The headphone jack is slowly phasing out from the mainstream smartphones which is giving a huge push to the wireless accessories, following the trend Motorola just launched their Brand new wireless ear buds pair at an affordable price of just $100. And in European markets, it will retail for 79 Euros.

The wireless earbuds are named as Stream and on a single charge offers 6 hours of playback time. In addition to that, they are also Dust and water resistant just like the upcoming Motorola Escape headphones. Also, they come in a stylish charging case, where you can place them for quick top up of your juice. The charging and carrying case also has LED indicators to notify about the juice left in the Stream.

Furthermore, they also work with Apple’s Siri that makes it compatible with iPhones and iOs. If they sound just as good or better than the Apple Earpods, it could be a better deal then. The buttons on the side can be used to activate voice assistance from Google Assistant and Siri.

The earbuds are already available for sale in the UK and will be coming in few weeks in the US as well for $100. Motorola already has a couple of wireless earbuds under the Verve Life branding; with their Vere Ones and Verve One+ earbuds, and also they earlier had Moto-hint. These wireless earbuds like every other accessory from Motorola will be made by Binatone. Binatone is a British telecommunications company which is highly experience, since 1958.

They’re available now in the UK at Argos, check out (Argos)!