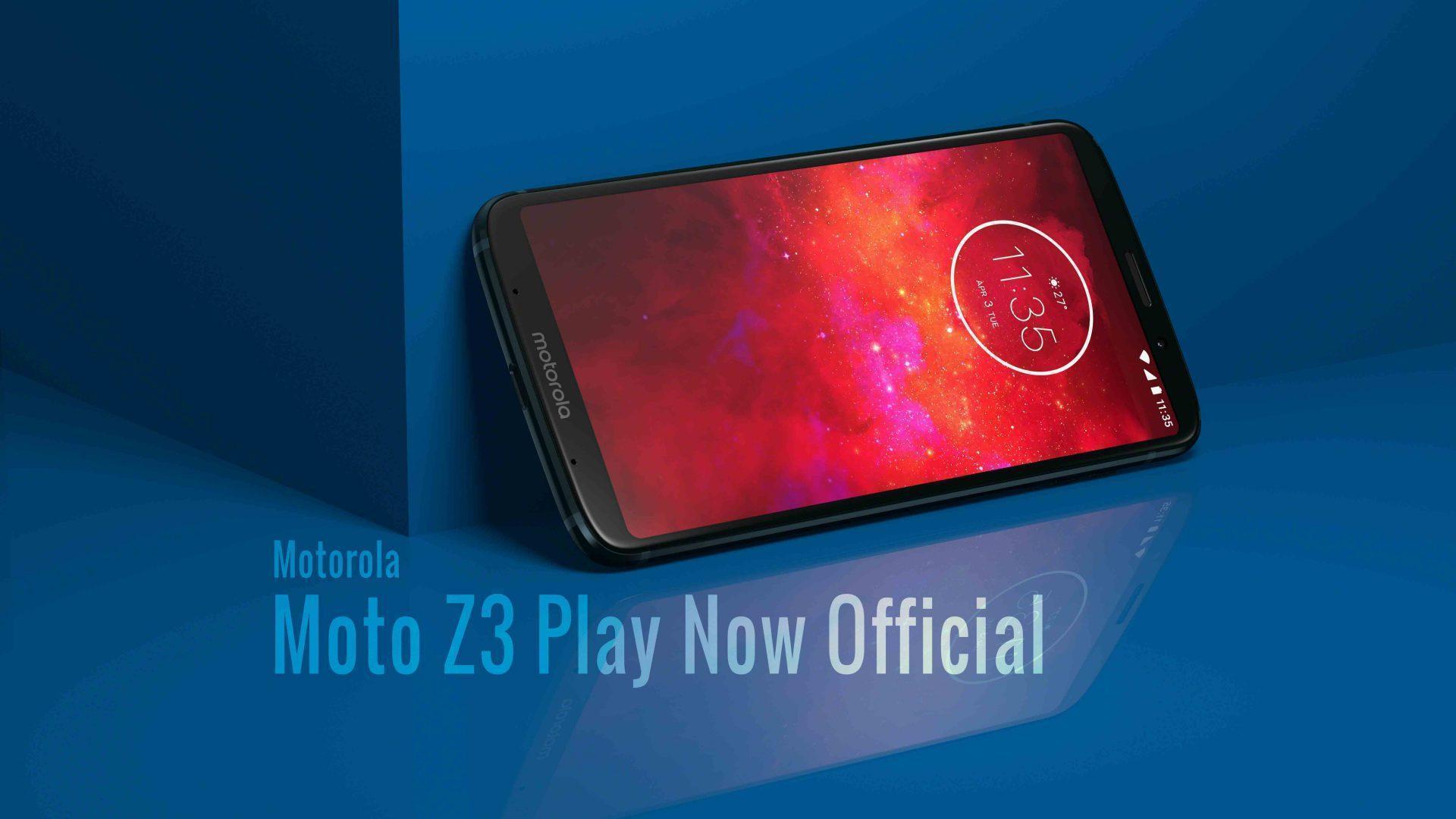 Motorola, at last, unveiled its brand new Moto Z3 Play at a launch event in Brazil as well as in the US. Thus, marking three successful years of its modular Moto-Mods eco-system. The new Moto Z3 Play comes in a classy glass back protected by Gorilla Glass 3 and aluminum 600 series construction and finish. The device features similar dimension to its predecessor that’s the Moto Z2 Play, and improved on the Camera, software, and specs front, in the same shell. 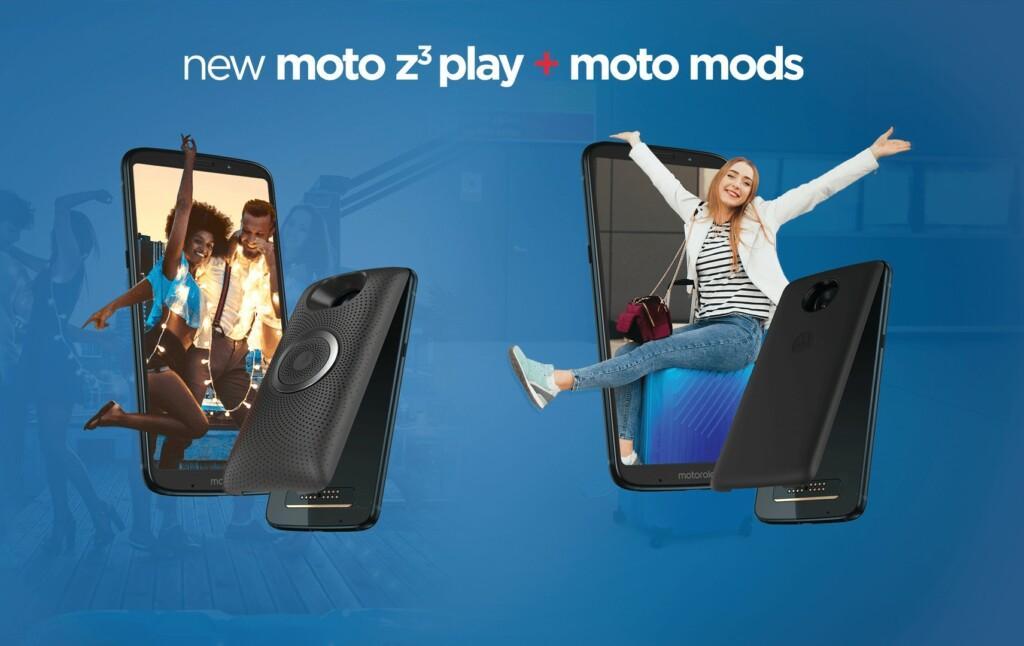 The handset in this third generation moves the fingerprint scanner on its side as seen in the leaks earlier and also features the trendy 18:9 display which Motorola call’s it as their Max Vision display. The Bezels are now truly minimal, and this is the best looking Moto Z Play yet. Moto Z3 Play’s front is dominated by the 6-inch Super AMOLED 1080+ display, and you also get a front-facing flash along with the selfie camera.

The Moto Z3 Play is powered by the Qualcomm Snapdragon 636 clocked at 1.8GHz which is very powerful with its custom Kyro 260 cores and Adreno 509 GPU. The device comes paired with 4GB of RAM and with either 32GB or 64GB of internal storage, and you can also expand the storage via micro sd-card. The Moto Z3 Play packs the same 3000mAh battery with Turbo Charging support which lets you top up 12Hrs of battery in just 15 minutes. The device is now super slim at 6.8mm, and it does kill the headphone jack in this generation.

Another significant change is on the rear with the Dual-Camera setup coming in at 12 MP at f/1.7 aperture with larger 1.4µm pixel size, while the second sensor is a 5 MP depth sensor. On the front an 8 MP sensor with f/2.0 aperture is present, and Dual-Pixel focusing assistance is also there. The camera’s this time supports portrait mode, as well as a new addition to the camera specialties, is the new cinema graphs mode, which lets you edit a specific part of a static image and that specific part becomes Live.

Thus giving you an illusion of a static image performing a cinematic act. Plus, Google lens is now also built into the camera for quick image scanning and knowing more about the same. Also, it is 4K capable of 30 fps and features EIS at 1080p at 60fps.

On the software side, you will get two major software updates, and currently, the device is running on Android Oreo 8.1 and comes with all the latest suit of Motorola apps, such as the Moto Actions, Moto Display, Moto Voice and much more. Motorola on the Moto Z3 Play has got rid of the fingerprint scanner from the front and placed it on the side, that means the one button now is gone. However, do not worry as that now makes it way on the phone’s screen in a digital form, and you can perform all the One button nav gestures by using the software based bottom bar.

Apart from that, the Moto Z3 Play supports Moto-mods from all previous generations as well as the newly released mods as well. Speaking about the availability, the Moto Z3 Play will be made available on US cellular and also on Sprint as well as the unlock variants will be available from Motorola, B&H stores, Walmart, target, amazon prime store and also at Fry’s as well.

The Moto Z3 Play in retail will also come with a bundled battery Moto-mod inside the box which is a great addition and thus makes the overall battery at 5220mAh. The Moto Z3 Play will retail for $499 in the US, but the price may vary on carriers, while in Brazil it will cost R$ 2,299, and a global roll-out will begin starting this month. As far as the pricing in Indian is concerned the Moto Z3 Play is expected to be priced at 25K to 28K, and we also hope it comes in India with the bundled Battery moto-mods as well to justify the price. Yes, this is a premium device, but the competition from the likes of OnePlus and Xiaomi has grown a lot and to counter that Motorola needs to price their Premium mid-ranger aggressively.