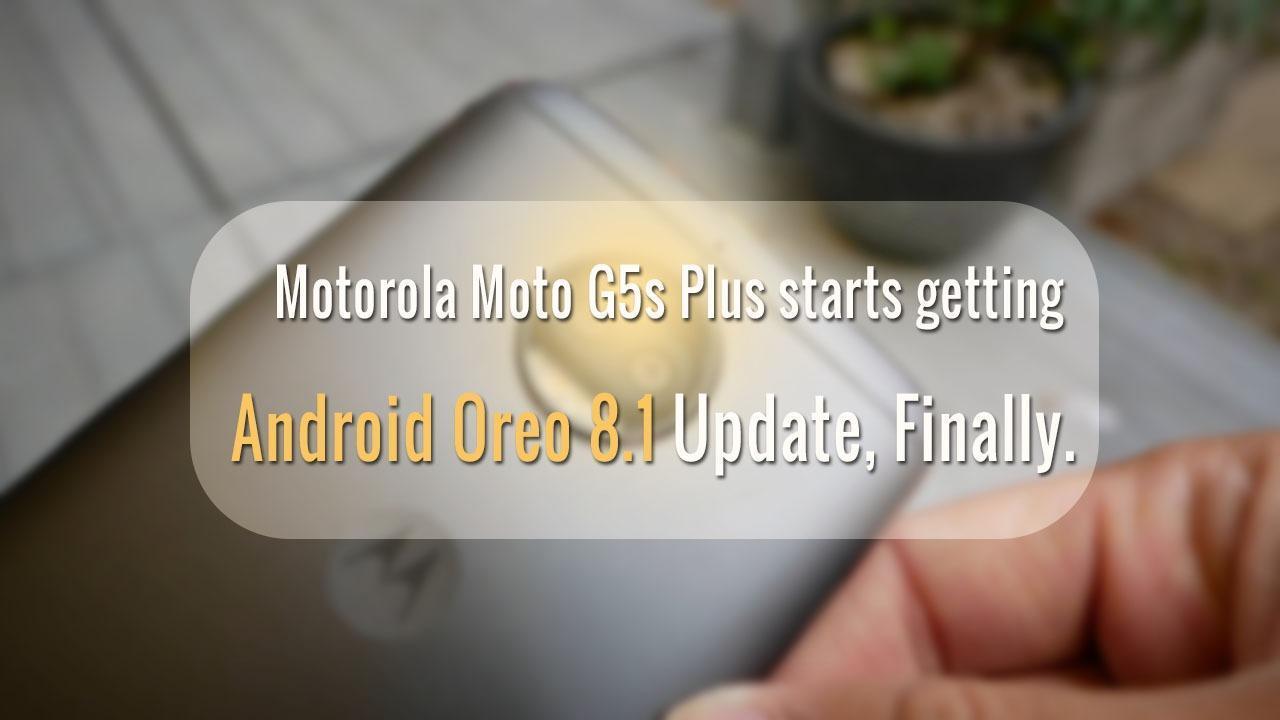 Motorola has been quite sluggish when it comes to Android software updates for its budget phones such as the moto g series. However, today is good news for the Moto G5s plus owners as the American tech titan has, at last, started rolling out Android Oreo 8.1 OS Update for the device, along with the Latest June 1 security Update baked within it. Moto G5s Plus owners have been waiting for this special update since quite a long time now, and users from India and also some from Europe has started receiving this latest flavor of Android. The Update comes with software version OPP28.60 and weights around 1.2GB.

This new update brings all the latest features present in Android Oreo 8.1 such as the dark theme auto transformation, an opaque notification shade, better battery optimization, spam notification hiding, a new brand new battery indicator for your connected Bluetooth accessories and much more. And with the June Security patch also integrated within this update, you get defensive measures against 21 vulnerabilities found on Android.

However, few users have reported that this might be a soak test update, which is limited for few users only. And a stable version will arrive after a couple of weeks or so. But Motorola has taken its own sweet time for this update, and we hope that the final stable version will roll out by a week or so. Users, signed up for the Motorola update network might witness this update before others.

You can still try checking out for the update by heading over to Settings section > then into About Phone > and then tap on System Software.