Motorola has recently unveiled their latest Moto G smartphone called Moto G Turbo which was first launched in Mexico and now in India so what’s next, Well Motorola has already started to think about the next smartphones of their ecosystem, Motorola launched Moto X 2nd Gen in 2014 while Moto X Play and Moto X style in 2015, not Moto X3. As an anonymous tipster suggested Motorola is planning to launch an another completely new segment called Alpha, Sounds amazing!

Update: – Moto X 2016 internal structure images leaked, According to the images Moto X 4th gen could feature Snapdragon 820 chipset with a fingerprint scanner. The leak also suggested an internal heat pipe structure which is a confirmation of the previous leak, that Motorola Moto X 2016 may clock Up to 2.2 GHz quad-core (Quad-core custom 64-bit Kryo). 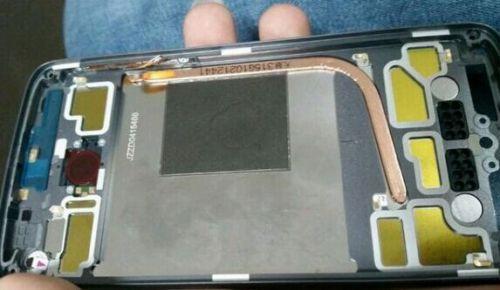 Update: – Moto X 4th Gen aka Moto X 2016 back side photo leaked. As some sources suggested previously, it can also be a Moto X Alpha back panel. Which is a Full metal unibody build smartphone and would come with a 21 Mega Pixel camera, Snapdragon 820 chipset, 3300 mAh battery and on board CyanogenOS 13?

So what is Motorola Alpha, As the tipster suggested Motorola is planning to get into the Cyanogen OS market. The segment is very popular in Brazil, India, USA and China which is the biggest reason behind the move.

So what about Moto X and Moto G4? Well, the answer is yes they will also launch in 2016 but Moto X alpha and Moto G alpha will launch before them. The price of the devices is still hidden but we will update them after more information leak.

As for the specifications, there is not much to talk about but both phones are improved in terms of performance. Moto X Alpha would feature a Qualcomm Snapdragon 820 chipset, Qualcomm Adreno 530 GPU  alongside with 3 GB of Ram, 3300 mAh Li-pol battery and 16 Mega Pixel f/2.0 camera. On the software side, it would feature Cyanogen OS 13 which is Android 6.0 Marshmallow version of the OS. Moto G alpha would feature a snapdragon 620, Qualcomm Adreno 510 GPU alongside with 2 GB of Ram and a 2650 mAh Li-pol battery the camera is not specified.

The reason behind this move is rapidly growing Geeks smartphone market. Which was first targeted by Xiaomi and  OnePlus and then some other Chinese brands.

According to the tipster the devices will launch in early 2016 with a competitive price tag. We will update the post after more information leak.