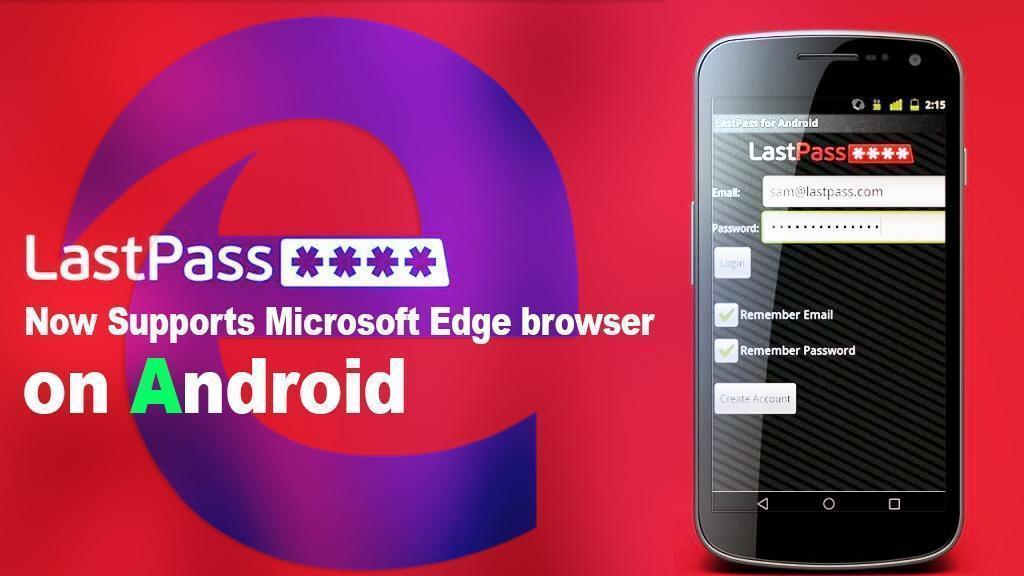 Microsoft has been releasing some of its core apps on Android as the tech-giant has pulled the plug on its Windows devices, and it’s apps are growing day by day hitting more than a million downloads on the Play Store. This app catalog from Microsoft also includes its popular Edge browser which has been doing great, especially for Windows 10 users with the Edge’s Continue on PC feature.

And now the most popular password managing app LastPass has announced that it will start supporting the Edge browser starting from its latest update which was rolled out today.

The password managing app already supports Google Chrome and Apple’s Safari on its iOS platform and from now on, Edge too. The app will get some good help from the Android Oreo’s Auto-fill API, so it won’t be that difficult to implement this function, and we shall see a stable version soon.

For all you @LastPass lovers, the team at LastPass updated their app to support Microsoft Edge for Android, so please check it out. They've also been great with helping us get Edge for iOS working with LastPass, coming in our next update. Huge thanks to the LastPass team!

Moreover, this is an excellent app for those who have tons of accounts on various websites and happen to forget passwords usually; it’s a great utility tool for them. Another here to note is that MS apps are also gaining support from third-party app developers on Android Platform.

This hint is a signal for Microsoft that people still interested in its apps and will also support them; as they are worthy enough for Android. So, Microsoft should think about launching the Surface phone based on Android OS. It will be a good competition for other OEMs as well.