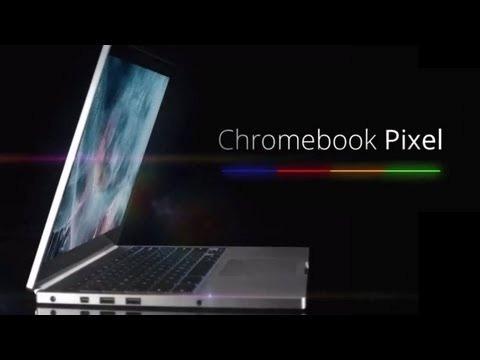 Google’s Chrome book pixel is an excellent package for starters who do not want the horsepower of a full-fledged laptop and live the online life. The Chrome book runs on Chromium OS and is now matured enough for the Tech-giant to make a worthy successor now. Moreover, the same can be seen in today’s leaks showing us a benchmark listings of a Google device code-named Soraka.

Soraka is powered by an Intel core m3-7Y30 CPU Quad-core chip ticking at 2.6GHz (x86 CPU), the core m processors are usually used for ultra books and are very power efficient as they sip less juice as well as dissipates less heat, but provides performance close to mobile(Notebook) platform. The CPU is coupled with an Intel HD Graphics 615 based on the latest kaby lake(GT2) architecture. Also, it runs on Android Nougat 7.1.1.

In the memory department, the Chrome book doesn’t disappoint and coming in at two variants one with 4GB and 8 Gigs of RAM. While the internal storage is about 32GB SSD and 64GB we hope there’s also room for expansion via sd-card.

Moreover, there are three different display sizes mentioned in the listings, with the various resolutions for each. Starting with the largest one is about 1200 x 752, 8.8-inch the mid-tier size comes at 1728 x 972, 8.2-inch while the 1503 x 1065, 7.7-inch, if you notice carefully, the resolutions don’t necessarily have a smaller size with lower resolution and vice-versa, all are touch screens.

On the camera front we have 12 mega pixel rear shooter capable of FULL-HD only so no 4K here, given that the displays are lower resolution, so makes sense. And on the front, we have a five mega pixel snapper also limited to 1080p video recording.

We could see this new Chrome books launched alongside the new pixel devices from Google soon, till then we have to wait and see if there’s any higher variant offered by the Tech-giant with a core m5 or m7, and the Pixel C could also see a new successor soon.